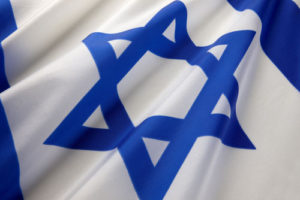 According to new Israeli Justice Minister Yariv Levin, the plan presented by Prime Minister Benjamin Netanyahu’s government to redefine the authority of Israel’s Supreme Court and to revamp the process for appointment of Supreme Court judges is part of a broad and orderly plan for “judicial reform,” and is a good thing. According to opponents, the plan is nothing less than a threat to democracy in the Jewish state and an orchestrated effort to neuter the country’s independent judiciary.

The judicial reform plan, if implemented, will significantly limit the Supreme Court’s ability to review laws and strike them down. It will also increase the involvement of politicians in selecting judges. In the words of Israel’s Chief Justice, Esther Hayut, the plan will “deal a fatal blow” to the independence of judges and will limit their ability to serve the public. Hayut warned that the plan would “change the democratic identity of the country beyond recognition.”

There is good reason for concern.

Under the first part of the plan, a simple majority of Knesset’s 120 members will be able to override almost any Supreme Court ruling regarding the validity of a Knesset law. The only exception would be in the rare instance where all 15 judges of the Supreme Court agree that a law should be blocked. In that case, the ruling cannot be overridden. In all other cases, a finding of invalidity can be overridden.

Under the second part of the plan, the sitting government would appoint a majority of the members of the panel that selects new judges, changing the balance of the selection committee, which currently only has a minority of government appointees on the panel.
Proponents argue that judicial reforms are necessary in order to address an overactive and
unelected judiciary that holds unreasonable power over legislative decisions of democratically elected Knesset members. They argue, as did Levin, that the changes are “essential to the existence of democracy and [to] restoring the public’s faith” in the judicial system.

Faltering faith in the court comes from the three factions that comprise the new government. Settler activists bristle under court rulings that prohibit or restrict the building or expansion of settlements in parts of the territories. Ultra-Orthodox Jews resent court interventions that interfere with their conservative way of life or fail to uphold religious mandates. And the increasingly rightward-leaning Likud faithful want to assure that the courts will not get in the way of Netanyahu continuing as their leader and pursuing their agenda.

Judicial reform in furtherance of a political agenda is problematic. We join those critical of the “judicial reform” charade.

The proposed changes will weaken Israel’s primary check on government overreach and threaten to uproot the whole notion of judicial independence. Orderly government requires an independent process for the review and evaluation of government action. If all it takes is 61 Knesset votes to override a ruling that finds legislation enacted by the same 61 Knesset members to be invalid, the whole review process will become a lame, toothless exercise.