Architect Frank Lloyd Wright died on April 9, 1959, just five months before the completion of one of his final projects.

The project, along with being a last of sorts, was also a first: Beth Sholom Congregation, tucked away in the suburbs of Elkins Park, became the Chicago-based architect’s first and only synagogue design.

Though the synagogue was founded more than 40 years prior in 1918, Beth Sholom is still known best for its informal moniker as the “Frank Lloyd Wright synagogue,” but its famous building is not the congregation’s only talking point.

With 450 member families, including 70 families with children enrolled in the synagogue’s Brodie Family Early Learning Center preschool, Beth Sholom’s membership has remained robust. It has an active religious school, an additional chapel, where most of its services are held, and consistent programming.

“We also have made a name for ourselves in the preservation and architecture world for buildings that are significant and that are multiuse because, certainly, Beth Sholom is a synagogue first and a congregation first, but we also do, and have the ability to, host and be a space,” said Beth Sholom Synagogue Preservation Foundation Director of Tours and Marketing Jill Rosen.

The space is home to two arts exhibits: one featuring local artist David Hart and the other, Andrew Pielage, a photographer specializing in images of Wright creations. The preservation foundation offers tours of the Wright building, which was deemed a National Historic Landmark in 2007.

While the synagogue’s architectural prominence has afforded it opportunities to connect with outside organizations through its preservation foundation, it also serves a spiritual purpose for the congregation.

Features of the synagogue’s Wright-designed building were constructed with prayer in mind.

“The sloping floors are kind of you being cupped in the hands of God as you enter that physical space, and the white carpet is kind of the sands of the wilderness,” Rabbi David Glanzberg-Krainin said.

During the Ne’ilah service on Yom Kippur, the last of the day’s five services before break fast, Glanzberg-Krainin is struck by the way the natural light leaves the space after dusk, creating the illusion that the gates are closing — that time to be inscribed in the book of life has run out.

“[Cohen] felt that you perceive God more in less direct ways,” Glanzberg-Krainin said of the inspiration for the building.

Few of the synagogue’s components were by chance when Cohen was at its helm. Founded at the tail end of World War I, the synagogue, originally at Broad and Courtland streets in Philadelphia, got its namesake as the “house of peace,” according to synagogue President Herb Sachs.

As decades passed, area Jews acquired additional wealth and prosperity, resulting in many moving north and to Abington.

“It was in the mid-’50s that they staged their move to Elkins Park and purchased land, and they moved the congregation in stages,” Sachs said.

Cohen opted to move the religious school first into the synagogue’s now-administrative building. He also pushed for the creation of a swimming pool, hoping the space would become a community center. Sachs would argue that the space would, indeed, become the community’s home, though the swimming pool is now defunct.

But if the pool wasn’t an indication of Cohen’s ambition, what followed certainly was.

“He wanted to build a new vision for an American synagogue, not a traditional synagogue building,” Sachs said.

With advice from several people, Cohen contacted Wright, who agreed to design a second building for the synagogue. The two met at the Plaza Hotel in New York, where Wright was staying as he worked on his design for the Solomon R. Guggenheim Museum.

Though the synagogue’s future is secure in its religious and preschool programs, its past is immortalized in its building, with a history that captures a specific moment in the American Jewish narrative.

In a period of integration for many American Jews, a whimsical synagogue that carried a similar panache as was so common in churches was representative of their own complicated identity. Beth Sholom was evidence of Jewish assimilation, but it also augmented the prayer experience, bringing Jews closer to their spirituality and Jewish identity.

“Mortimer Cohen did not want to just do things the old way, just to build a traditional synagogue building,” Sachs said. “He wanted to do something special.” 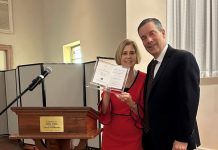 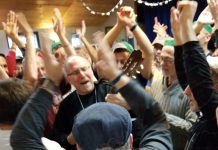 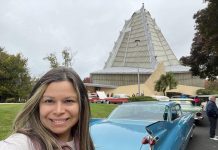