The Nov. 2 election was quiet by Pennsylvania standards, according to election officials, with the buzz around the 2020 election having faded. Yet Jewish candidates had a substantial footprint, comprising some of their respective districts’ most contentious races.

Judge Maria McLaughlin, a Democrat on Pennsylvania’s superior court, lost to Republican challenger Kevin Brobson, who secured 52% of the vote, according to the Associated Press.

Win or lose, and regardless of party affiliation, the Jewish candidates said they had one thing in common: avoiding negativity in their campaigns.

“The most important thing to me, as a candidate, but more importantly as a person, was running this campaign the way I did: ethically, with integrity. I was the only statewide Jewish candidate this election cycle, so it was important to me to make sure that I conducted myself in a way that would make us proud,” McLaughlin said.

The Pennsylvania Supreme Court race was defined by both candidates’ steep budgets. One week before the election, Brobson launched an ad claiming, without additional context, that McLaughlin had “chose to void the guilty plea of a drunk driver who admitted to killing a pregnant woman and her unborn child,” though she had actually joined a majority opinion among judges saying that the defendant should be retried.

The day before the election, McLaughlin, a Congregation Mikveh Israel member, visited the Temple Beth Hillel-Beth El mikvah in Wynnewood, her first time since converting to Judaism in 2017.

“I never anticipated attacks coming from another judge,” she said. “That disheartens me. When I went to the mikvah, I came out different.”

But according to other candidates, negativity in campaigning is not endemic to just one side of the aisle.

“I was proud that my campaign was taking the high road,” Weintraub said. “There were some professional attacks that my opponent levied against me, but I didn’t really think to get into the gutter with my opponent, and I really didn’t have to.”

The district attorney, who became a bar mitzvah at Shir Ami in Newtown, said integrity was his key asset in his government role.

“Every decision I make is based on principle as opposed to based on political expediency,” Weintraub said. “Sometimes people don’t agree with my decisions, but I know I’ll be able to lay my head on my pillow every night and sleep well.”

Weintraub said his upcoming term will be defined by addressing recidivism in the community, as he hopes to tackle what he believes are the root causes of crime: drug scourges and mental health issues.

He attributes his popularity in Bucks County to his commitment to working across the aisle — he’s one of the few Republican officers in the county government — and returning every phone call and email received from community members.

Rhynhart credits community trust with her race without opposition as well. Following a competitive primary election in 2017, Rhynhart’s 2021 run was proof that she had gained the trust of the Philadelphia public, she said.

“The reason I think I won four years ago is that people in Philadelphia want change; they want a government that works,” Rhynhart said.

In her first term, Rhynhart, who became a bat mitzvah at Congregation Rodeph Shalom in Center City, conducted an audit of the Philadelphia Parking Authority, a risky task due to its ties to both political parties. The audit investigated the efficiency of the authority, whose extra funds are supposed to be funneled to the School District of Philadelphia.

Though each candidate claimed integrity as the Jewish value that shaped their campaigns, according to Robin Schatz, director of government affairs at Jewish Federation of Greater Philadelphia, Jews, particularly younger ones, don’t necessarily care about candidates espousing Jewish values during elections.

“There are people who will vote for a candidate because of his or her religious background,” Schatz said. “But especially with younger voters … I don’t know if it makes a difference.”

Schatz said that voters who are pro-life may search for candidates whose religious values support their political leanings.

Abortion will be a hot-button issue for the Pennsylvania Supreme Court in the upcoming term, McLaughlin said.

The trend of younger Jewish voters potentially caring less about the religious values of candidates comes in tandem with there being fewer young voters, Schatz said. In both Philadelphia and Bucks counties, voter turnout for 18- to 24-year-olds was the lowest of all age brackets, according to the Pennsylvania Department of State.

“They don’t see that it makes a difference,” she said. 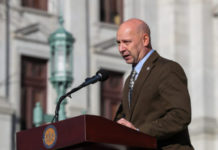 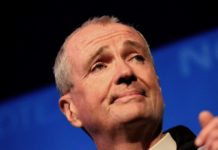 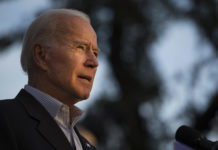