When Koach Baruch Frazier prepares their seder plate, they nestle beets next to okra, blackeyed peas, eggs boiled in hibiscus tea, hot red peppers, baked sweet potato and cornbread, all arranged in a plate set next to a kiddush cup fizzing with red soda.

Frazier puts away their Passover seder plate on the 22nd of Nisan, like many Jews, and, on June 19, instead favors another seder plate, heaped with foods tinted crimson, representing “ingenuity and resilience and bondage,” in observance of Juneteenth.

Juneteenth is the national recognition and celebration of Union Army Gen. Gordon Granger announcing the emancipation of enslaved people in Texas, the most isolated of the southern states and therefore slowest to emancipate enslaved peoples.

This declaration, which took place on June 19, 1865, came almost 2½ years after Abraham Lincoln gave the Emancipation Proclamation, declaring the end of slavery in the south. The first Juneteenth celebration took place in 1866.

Frazier wears many hats. They are a student at the Reconstructionist Rabbinical College and rabbinic intern at Kol Tzedek synagogue in West Philadelphia, and as a member of the Black Jewish Liberation Collective, have worked alongside Jews for Racial and Economic Justice for the past three years to create a Juneteenth seder for Black Jews around the country.

The Juneteenth seder Frazier organizes is similar to a Passover one: There are blessings, candle-lightings and the telling of the story of liberation from oppression.

Among the familiar rituals, Frazier incorporates new ones, such as the telling of ancestral stories, starting with the attendee with the oldest story.

“It’s not just the telling of the story of Juneteenth, but the telling of family and ancestral story, which is really powerful, particularly for a group of people who have had our stories stolen,” Frazier said.

Jared Jackson, founder and executive director of Jews in All Hues, an advocacy group for Jews of color, has spent the past five Juneteenths spending time with his child, finding intentional time to go to the park, toss a Frisbee around and find joyful moments.

Ideally, Jackson said, June should be a month of “continuous celebration,” as it’s not just the month for observing Juneteenth, but also for celebrating LGBT Pride Month and Black Music Appreciation month.

“There’s no such thing as a Jew who’s only a Jew,” said Lewis Gordon, a professor and head of the philosophy department at the University of Connecticut, where he also holds an appointment in Jewish studies. “Jews are always Jews plus.”

In the case of Juneteenth celebrations, Frazier is able to synthesize the meaning of Juneteenth with their Jewish practice of marking time.

“The rabbis gave us such great spiritual technology,” Frazier said.

While Jews mark the passage of time weekly on Shabbat, the changing of the seasons with Sukkot and Passover, Frazier uses the rituals they have cultivated for Juneteenth as a way of denoting not only the efforts of ancestors to pursue liberation, but also in reflecting on the devastation of slavery: why it took so long for enslaved people in Galveston, Texas, to hear of their emancipation, why anti-Black racism is still so pervasive today.

Current racism is one of the reasons why Jackson’s Juneteenth practices, though a time for ritual and joy, are subdued.

“There’s a thought process, you know, like if we celebrate this too hard or too soft, will it disappear? Or will there be another ‘whitelash’ or something like that?” Jackson said, referencing the portmanteau of “white” and “backlash,” coined by CNN commentator Van Jones.

Moreover, Black Americans have celebrated Juneteenth for more than 150 years.

Many white Americans (and many white Jewish Americans) are only now learning about the holiday. As Juneteenth makes its way into broader popular culture, it runs the risk of being commercialized or diluted.

In the face of this, Gordon suggested that his celebrations remain for him and his community.

“There’s no such thing as something that cannot be co-opted,” Gordon said. “It’s what the rest of us who see these historical markers, these events, these commemorations, it’s what we bring to them.”

Like many Jewish holidays, Juneteenth is the mingling of joy and grief, past and present, ancestors and those around this year’s table.

It’s an opportunity to reflect and grow, for those who observe Juneteenth and those just now educating themselves about it.

“I hope that as people either learn about Juneteenth, or they start celebrating Juneteenth, that they become more aware of just how … we actually don’t have genuine and real liberation,” Frazier said. “And I hope that people are able to, through this holiday, to see that.” 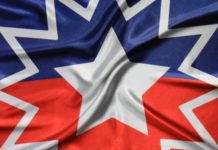 Seven Events That Celebrate Juneteenth Through a Jewish Lens