Beth David Reform Congregation opened in 1943 as “the fourth Reform temple in the Philadelphia area,” according to its website. Through 37 years in Philadelphia’s Wynnefield neighborhood and then its first two-plus decades in suburban Gladwyne, the synagogue grew its membership base, bought a building and expanded that building to “properly accommodate the current membership” between 2010 and 2012.

This is the typical story arc for a Reform temple in the Philadelphia region. But today, as many other area synagogues lose members, Beth David is still growing.

Senior Rabbi Beth Kalisch and Cantor Lauren Goodlev said the membership base has increased since the pandemic started to a little more than 300 households. The synagogue also has 30-40 people at weekly hybrid Shabbat services, 90 religious school students and 15 bar and bat mitzvahs per year.

The rabbi and cantor are quick to say that they are not as big as some other local Reform synagogues, which gives them a lower number to maintain. At the same time, growth is growth, and people are attracted to this “synagogue in the woods,” as the leaders refer to their tree-shaded property. Kalisch and Goodlev believe that people come because the temple is “joyful”; because it found various ways to stay together during COVID, including High Holiday video messages; and because in 2018 it started developing “Shema groups” that gather people based on life experiences and interests.

“It’s a joyful place where people can learn about themselves and be themselves,” Kalisch said.

According to Kalisch, Beth David’s new member demographics include young families, empty-nesters and retirees. Some young families joined for the religious school, she acknowledged, and for the after-school programs that the synagogue offers for preschool students (though it does not have a preschool). And some empty-nesters and retirees joined because they attended a virtual service during COVID and discovered that they wanted a synagogue in their lives again.

But to a large degree, Kalisch and Goodlev said, people are becoming congregants because Beth David is a place where they can connect and have some fun. There are “Shema groups” for art appreciation, suburban singles dining out, empty-nesters, social justice, aging, people who adopted dogs during the pandemic and people who are exploring Judaism. They meet at the synagogue on Vaughan Lane, in people’s homes and, in the case of suburban singles dining out, at restaurants. Through COVID, too, these groups connected online, and that remains an option.

People can come together around anything, according to Goodlev. And in most cases, these groups are created by congregants. The rabbi and cantor may provide questions to get people thinking, but then the members take over.

“It’s something really special about Beth David that keeps us going,” Goodlev said.

As the cantor explained, “People want to connect. People want to have these points of connection.” And as members build these cohorts and develop relationships, they become like “little families.” Maybe on Chanukah they get together one night to light candles together. Perhaps when someone has a death in the family, the other group members comfort that person. Instances like this have already happened, Goodlev said.

The rabbi and cantor got this idea from megachurches with thousands of families. In those communities, there is a need to form smaller communities, too, because you can’t know everybody. But what Kalisch and Goodlev discovered was that they could work in synagogues as well, even ones that are a little smaller than normal.

This is not to say that Beth David is no longer emphasizing the bigger, more institutional activities traditional to synagogues. It just hired a new director of religious education in Rabbi Elisa Koppel, who is bringing “such great life and energy to our religious school,” Goodlev said. On special Shabbat evening services, 100 people may show up. And in recent years around Election Day and then Thanksgiving, congregants helped Pennsylvania residents register to vote and access meals and desserts.

But Beth David is not just a Reform synagogue anymore. It’s a place to practice your religion, help the wider community and connect with others.

“Beth David is a really inclusive place,” Kalisch said. “There’s not just one way to be Jewish.” ■ 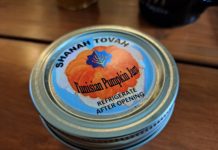 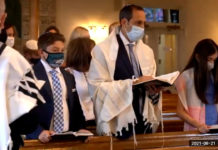 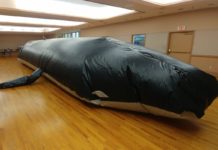