Leslie Cohen, the daughter of public relations legend Larry Rubin, used to make a joke about her father.

Rubin had three children, his daughter would say, and the first one was the Spectrum, the Philadelphia arena where the PR man promoted games, concerts and circuses in the 1970s and ’80s.

The venue became his second home and first obsession, according to Cohen. The arena and job brought together all of Rubin’s interests and qualities: music, sports and the exotic spectacle, as well as his writing ability, his creativity and his flair for the spotlight.

The Spectrum opened in 1967 and took a backseat to the bigger CoreStates Center, now the Wells Fargo Center, in 1996 when the latter opened. But during the former arena’s heyday, the promoter was the man responsible for making it a cultural attraction for Philadelphia-area residents and families.

“He was the cool dad. That’s what I told him all along,” Cohen said. “Everybody knew what he did and wanted to be there.”

Rubin promoted Philadelphia 76ers and Flyers games; concerts by Bruce Springsteen and the J. Geils Band among many others; and Ringling Bros. and Barnum & Bailey circuses. But those were only the regularly scheduled programs.

The PR man is perhaps best remembered for his most elaborate and wacky displays. Rubin used to tell his protégé Ike Richman to, “Put something where it doesn’t belong. It’s as simple as that.”

According to Richman, Rubin had “the world’s smallest man,” Michu, float into Philly among the tall ships; he brought a chimpanzee to a day care center to promote the circus; he walked show dogs down Jewelers’ Row, also to promote the circus; he got two different Philadelphia mayors, W. Wilson Goode (1984-1992) and Ed Rendell (1992-2000), to participate in stunts with the Harlem Globetrotters.

“I often find myself asking, ‘What would Larry do?’” said Richman, who now has his own PR firm called Ike Richman Communications. “And I will continue to be inspired by his imaginative approaches, creativity and sense of humor.”

Rubin was born in 1941 to musician/artist parents Jules and Freda Rubin, according to Flora Rubin, his wife of 56 years. He did not grow up with television. Instead, he came of age listening to music on the radio.

The Jewish Philadelphian graduated from Northeast High School and then Temple University. His degree from Temple was in political science. Flora Rubin believes it helped her husband that his major had nothing to do with his eventual profession.

PR was neither an industry he trained for nor an area of study for which he read a lot of books. No professor told Rubin, “This is how you do it,” Flora Rubin said.

“It was pure love, imagination and being deeply involved in it,” she added.

But Rubin nonetheless got plenty of early reps that shaped his skill set.

He started his career as a reporter with The Philadelphia Bulletin, the city’s evening newspaper, before moving into PR with the Philadelphia Police Department. In 1976, though, he arrived, landing his job with the Spectrum and thriving in it for a decade.

After that, he went national, working for the arena’s new manager, Spectacor Management Group, a company that supervised venues around the country. Finally, in 1993, Rubin opened his own firm called Rubin Public Relations. He also was influential in the planning and development for the CoreStates Center which, as the Wells Fargo Center, remains the home of the Sixers, Flyers and an annual calendar of big events.

What made Rubin so successful was that, according to his wife, he was the most excited fan in the audience.

“He was going to a concert,” she said.

The PR man’s legacy lives on in the countless memories that families still have of attending those events and perhaps even enjoying them as much as the man who planned them.

“It was nothing but a release, joy,” Cohen said. “He was in a pleasurable atmosphere where people, if they were having a bad day, they were going to that concert and it was all going to be all right.”

In addition to the Spectrum, the Rubins had two children, Leslie and her brother Stephen Rubin. And, according to Flora Rubin, “a huge number” of his children’s friends showed up for their father’s funeral.

Before Rubin died, one of Cohen’s friends came by the Rubin house with one of the bootlegged Live Aid concert T-shirts that he used to confiscate. Another swung by and took the local legend for a walk.

Larry Rubin is survived by his wife, children, grandchildren, brother and other relatives. JE 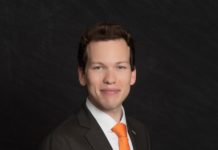