After an outcry and a rebuke from the University of Toronto president, the student union at a satellite campus of the university modified a proposed ban on kosher foods in any way affiliated with Israel.

A resolution passed Nov. 29 by the University of Toronto Scarborough Campus Student Union protects the rights of Jewish students to “enjoy freedom of expression on campus, including the articulation of political views, the practice of religious beliefs and the display of Jewish symbols,” according to a screengrab posted on Twitter by Jewish on Campus, a group that serves as a watchdog on behalf of Jewish university students.

That followed an original resolution, passed Nov. 24, which had reaffirmed the union’s commitment to the movement to boycott, divest and sanction Israel and prohibited a range of engagements with groups, businesses or individuals with ties to Israel — including kosher food distributors.

According to a copy of the resolution obtained by the pro-Israel blogger Elder of Ziyon, the student union wrote that “efforts should be made to source kosher food from organizations that do not normalize Israeli apartheid” — although it said exemptions would be considered because of the relative scarcity of kosher food.

The revised resolution, which no longer mentions any proposed restrictions on kosher food providers, came after condemnations by the university leadership and Canadian Jewish organizations. B’nai B’rith Canada said the original resolution would have “effectively shut down Jewish life” on the campus because the union “controls clubs funding, room booking and many other aspects of student life at the Scarborough Campus.”

Meric Gertler, the university president, said on Nov. 26 — after the first resolution, but before the second one walking it back — that the original resolution was inconsistent with the university’s “core values of freedom of speech and inclusion.”

“A requirement that providers of food as a religious accommodation be required to apply for an exemption, or even be asked about their views about issues elsewhere in the world is unacceptable,” Gertler said.

Two years ago, an official of the university’s Graduate Student Union said the union would not back a Hillel initiative to bring kosher food to campus because Hillel is “pro-Israel.” The union later apologized. 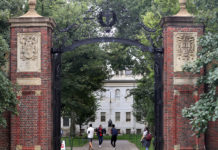 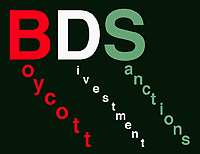