The first Jewish summer camp in the United States was opened in New York by the Jewish Working Girls Vacation Society in 1893.

The early camps grew out of a larger social reform movement, which held that children needed to be taken out of their newly industrialized, smoke-choked cities to enjoy the fresh air of the country.

Today, 128 years later, Jewish summer camp has become a central plank of institutional Jewish life in the United States. More than 80,000 Jewish children attended a camp in 2018 and, for many of them, the connections they have to their camps are multi-generational, deeply-held and central to the formation of their Jewish identity.

There are Jewish camps for every affinity, denomination and region. They model kibbutzim, educate on Zionism of this or that stripe and even take their campers to Israel. A 2013 survey found that one third of American Jews had attended Jewish overnight camp.

Last summer, the pandemic prevented many of these camps from functioning as they typically did; for some, the summer was canceled altogether. Now, as mass vaccinations continue and public safety measures are relaxed by the week, 2021 might look a lot closer to normal.

To celebrate the return to something-like-normalcy for a key portion of American-Jewish life, we asked Jewish Exponent readers to send us photos of their camp days. They responded with gusto. 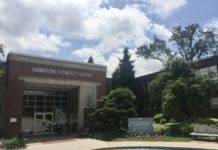 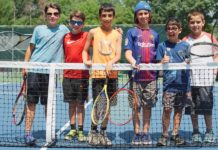 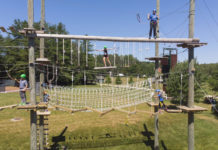