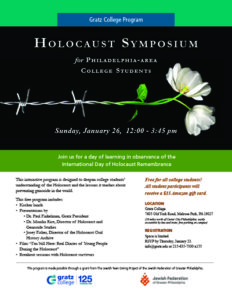 In observance of the International Day of Holocaust Remembrance, this interactive program is intended to improve college students’ understanding of the Holocaust. This free program for college students includes a kosher lunch, breakout sessions with Holocaust survivors, a film screening of “Why Are We Here? Real Diaries of Young People” and presentations by Gratz President Dr. Paul Finkelman, Director of Holocaust and Genocide Studies Dr. Monika Rice and Director of the Holocaust Oral History Archive and Josey Fisher. Free for…

Lunch and Learn: Jewish Humor Goes to the Movies 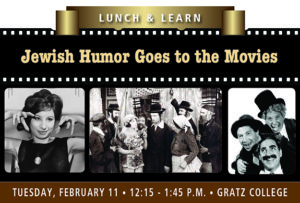 This event showcases the works of film legends like Molly Picon, The Marx Brothers, Barbra Streisand, Mel Brooks and many others in laugh-out-loud film clips while each performer’s Jewish roots are discussed. Presented by Irv Slifkin, film critic, historian and Temple University professor. Slifkin teaches communications and film at Temple University and Rowan College. He is the author of the books “Filmadelphia: A Celebration of a City’s Movies” and “Groovy Movies: Far-Out Films of the Psychedelic Era.” Along with writing… 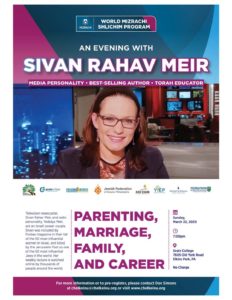