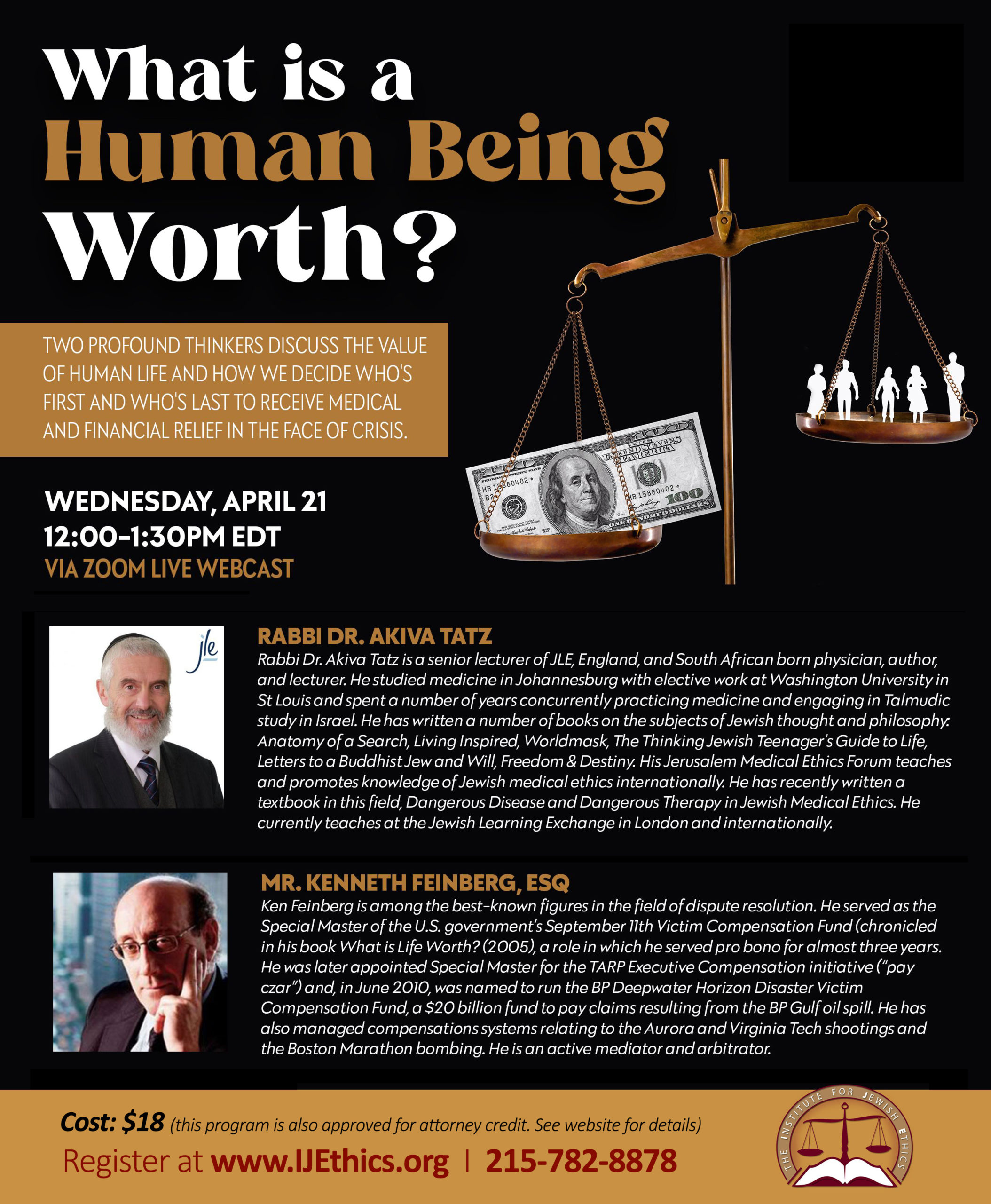 Join the Institute for Jewish Ethics as two profound thinkers discuss the value of human life and how we decide who’s first and who’s last to receive medical and financial relief in the face of crisis.

Ken Feinberg is among the best-known figures in the field of dispute resolution. He served as the special master of the U.S. government’s September 11th Victim Compensation Fund (chronicled in his book What is Life Worth? (2005), a role in which he served pro bono for almost three years. He was later appointed special master for the TARP Executive Compensation initiative (“pay czar”) and, in June 2010, was named to run the BP Deepwater Horizon Disaster Victim Compensation Fund, a $20 billion fund to pay claims resulting from the BP Gulf oil spill. He has also managed compensations systems relating to the Aurora and Virginia Tech shootings and the Boston Marathon bombing. He is an active mediator and arbitrator.

RABBI DR. AKIVA TATZ
Rabbi Dr. Akiva Tatz is a senior lecturer of JLE, England, and South African born physician, author, and lecturer. He studied medicine in Johannesburg with elective work at Washington University in St Louis and spent a number of years concurrently practicing medicine and engaging in Talmudic study in Israel. He has written a number of books on the subjects of Jewish thought and philosophy. His Jerusalem Medical Ethics Forum teaches and promotes knowledge of Jewish medical ethics internationally. He has recently written a textbook in this field, “Dangerous Disease and Dangerous Therapy in Jewish Medical Ethics.” He currently teaches at the Jewish Learning Exchange in London and internationally.