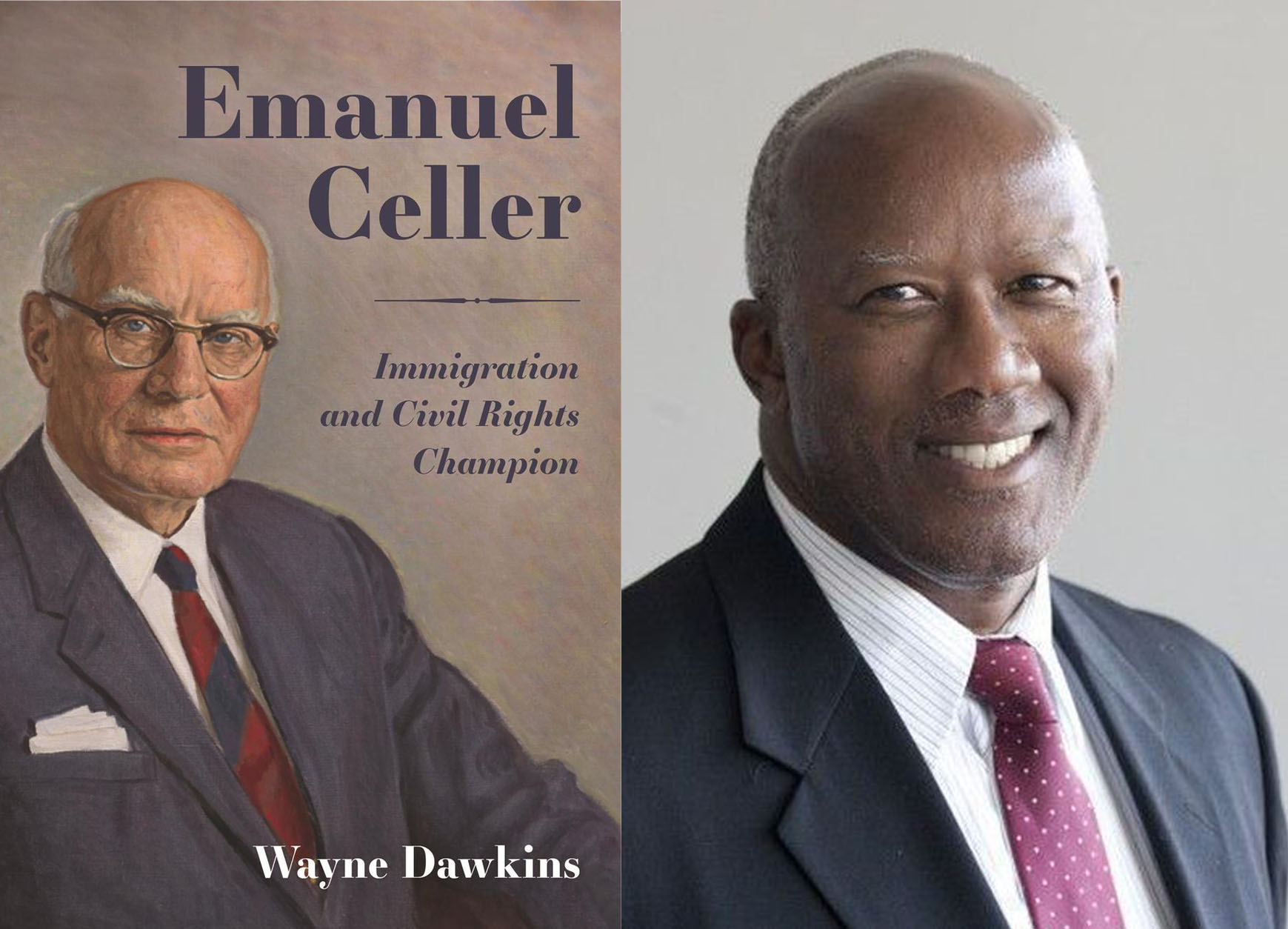 Longtime House Judiciary Committee chairman Celler is co-author of three Constitutional Amendments, including the 25th Amendment regarding presidential succession. Celler [1888-1981] has been a frequent supporting character in the American drama, but now as subject of a new biography by Wayne Dawkins, he takes a bow as lead actor.

Wayne Dawkins, is professor of professional practice at Morgan State University in Baltimore. Dawkins’ “Emanuel Celler: Immigration and Civil Rights Champion” was published last October. In 2012, Dawkins wrote the biography “City Son: Andrew W. Cooper’s Impact on Modern-Day Brooklyn.” Both books were published by University Press of Mississippi. Dawkins is also author of two books about the National Association of Black Journalists. He was 2016 American Journalism Historians Association educator of the year and has earned three alumni awards from Columbia University, including the Dean’s Medal for Public Service.