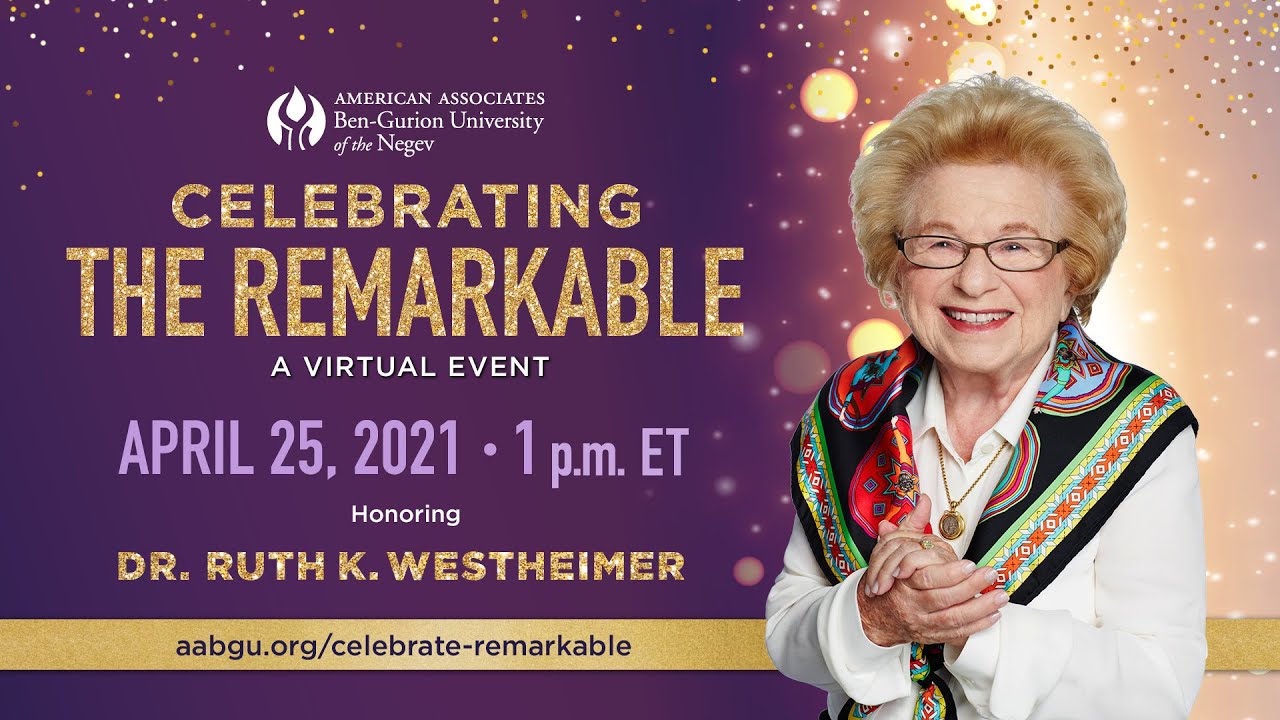 Celebrate Dr. Ruth K. Westheimer as she receives her first honorary doctorate from an Israeli university, bestowed by Ben-Gurion University of the Negev President Daniel Chamovitz and Rector Chaim Hames.

Toni Young, past president of American Associates, Ben-Gurion of the Negev will also be honored for her remarkable leadership and vision and Philip Gomperts, recently retired director of AABGU’s Southwest Region, will be honored for his extraordinary fundraising achievements. Ceremony will take place April 21 at 1 p.m. EST.

Dr. Ruth, as she is known, is an acclaimed psychosexual therapist who pioneered speaking frankly about sex on radio and television. As it turns out, that is only a small part of her rich and diversified life. Throughout her career, Dr. Ruth has maintained her commitment to the Jewish people and Israel. A kindertransport child, she was sent to Switzerland at the age of 10; she lost her entire family in the Holocaust. At 17, she went to then-Palestine where she fought for independence as a sniper in the Haganah. She later moved to Paris where she studied psychology at the Sorbonne. In 1956, she immigrated to the United States and received a master’s in sociology from the New School for Social Research as well as a doctorate in education from Columbia University’s Teacher’s College.