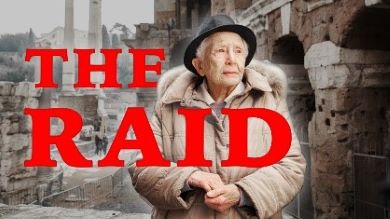 Celebrate Jewish film, including comedy, romance, history, and maybe some suspense with others in our community virtually. Join us for the second film in the series: “La Razzia (The Raid).”

About the film: On Oct. 16, 1943, the Nazis arrested more than 1,250 Jews in Rome. The victims prepared their suitcases and abandoned their homes in few minutes. On Oct.18, they took them to the Tiburtina train station to be piled up in 28 cattle wagons and deported to the Auschwitz-Birkenau extermination camp. Only 16 of them made it back home.

Seventy-eight years after that raid, this documentary film traces one of the most tragic pages of Italian history through the voices of those who lived it and are now offering a precious and unprecedented testimony of this appalling event. Best Documentary | Roma Film Festival.

Register here to receive “La Razzia (the Raid)” film link and a link to join the discussion on July 20: https://bit.ly/3cnA3GG