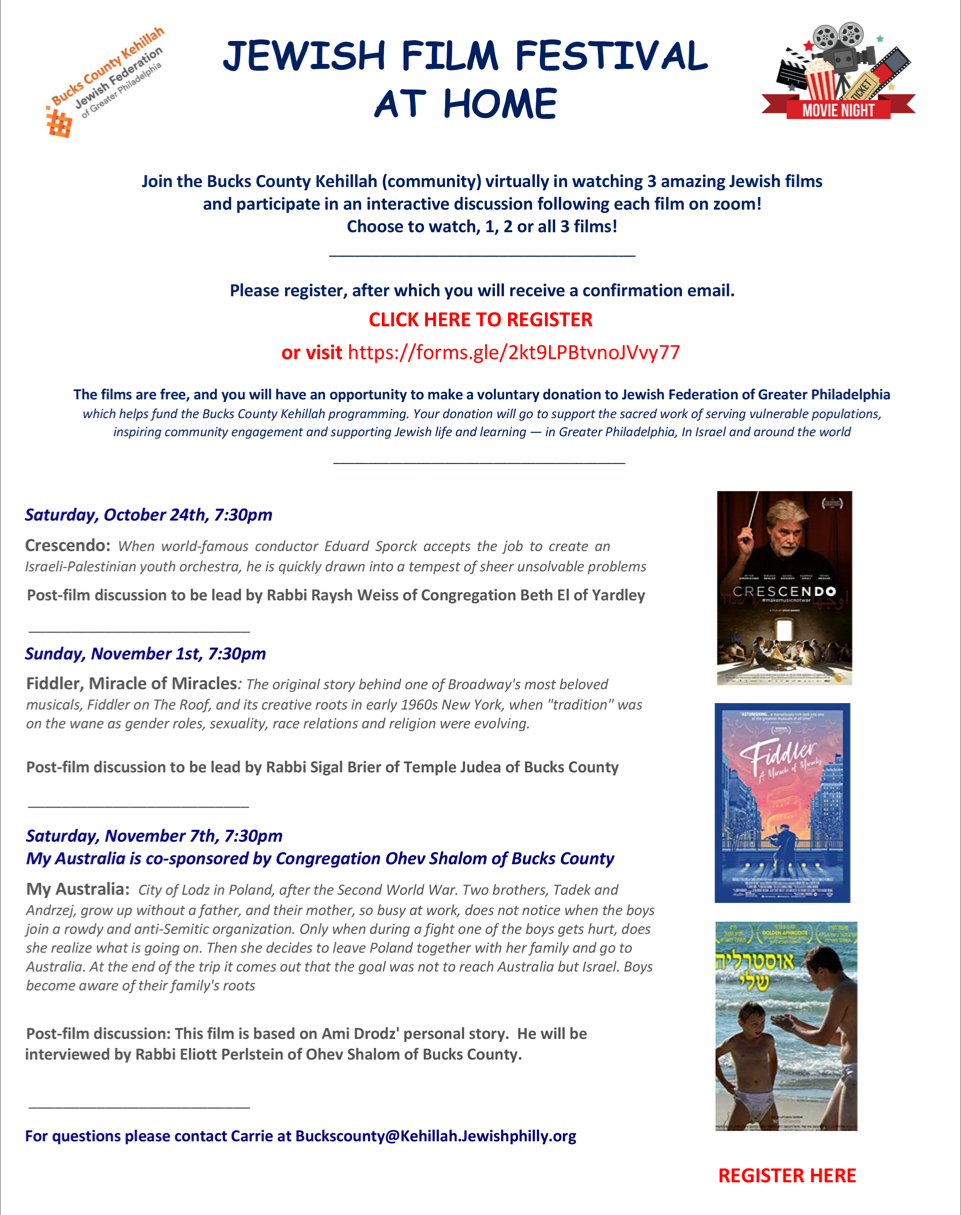 “Fiddler, Miracle of Miracles”: The original story behind one of Broadway’s most beloved
musicals, “Fiddler on The Roof,” and its creative roots in early 1960s New York, when “tradition” was on the wane as gender roles, sexuality, race relations and religion were evolving.

Virtual – Link will be shared the day before the event