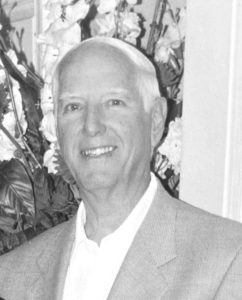 Donald Gray, the most remarkable Zayda, devoted father and adoring husband, died on Tuesday at his home in East Norriton, surrounded by the love of his family after a long and fulfilled life. He was 92. Born on Jan. 6, 1920, in Philadelphia, Pennsylvania, to the late Jack and Anna Gray, Don was one of four siblings. He was predeceased by his brother, Seymour, and is survived by his younger sisters, Lillian Garbus of Philadelphia, and Beatrice Steponate of Chicago, and by many cousins, nieces and nephews. Don was predeceased by his wife of 59 years, Bettyanne Gray (Abramson), with whom he enjoyed a storybook romance throughout their marriage. He is survived by his children: son,  Ellis Gray (Donna) of Holland, Pa.; daughter, Heidi Gray-Devita (Angelo) of Lower Gwynedd, Pa.; and daughter, Debi Gray of Plymouth Meeting, Pa.; and his seven grandchildren: Charles Devita (Heather), Aaron Gray, Jacob Gray, Elizabeth Phillips (Evan), and Mason Gray. Don lived simply and fully, always content with his lot in life. He needed little for himself, yet gave so much to his wife, his children, and his community. His life was defined by love of family, tireless hard work and service to others. A proud Marine, who also served as a cook in the U.S. Army, Don was a familiar sight sporting his red “Once a Marine” baseball cap. For Don, work wasn’t just his livelihood, it was his vocation. He owned Northeast Sales and Service, a heating and air-conditioning company serving the Philadelphia area for over 50 years. He was the first contractor to bring air-conditioning to the residential market in Philadelphia. He earned the loyalty and affection of all of his customers, who would tell stories of his character and commitment: the time he ducked out of High Holiday services to repair the synagogue’s AC system; the Sunday morning when he fixed the neighbor’s AC unit to keep the shiva house cool; how he provided services to dozens of Russian Jewish immigrants without ever sending a bill. He served as a Vice President of Adath Tikvah Synagogue, formerly Rhawnhurst Jewish Community Center. He volunteered with his wife to help recent Russian immigrants learn English and adapt to life in the US for over a decade. Don continued serving others later in life, as he delivered food to the homebound for the JRA. A member of the SAR Fraternity, he cherished his lifelong friendships with “the guys.” For more than 70 years, the SAR brothers met regularly to play cards, grab lunch at a deli, and celebrate happy occasions. “Zayda” Don was also affectionately known as “The Latka Man,” as he loved to make his famous latkes for family, friends and scores of students over the years. He enjoyed music and singing through his final days. He was a man of few words who modeled the values by which he lived: self-sufficiency, industriousness, honesty and generosity. A graveside funeral will be held Thursday, June 17 at 10:00 AM, Mt. Sharon Cemetery (Sec. F), 502 E Springfield Rd, Springfield, Pa. 19064. Shiva will be observed at the home of Heidi and Angelo Devita. Contributions in his memory may be made to a charity of the donor’s choice.