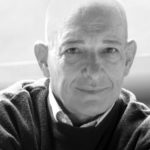 Dr. Samuel M. Feinstein, D.O. (Skip) passed on June 24, 2020 in Scottsdale, AZ. Skip was a native of Philadelphia, PA, born in 1942. His family was affiliated with numerous area Temples. During his youth he was involved in baseball, music, religious studies and golf. During high school he was Vice-President of the B’nai B’rith Youth organization while leading his own AZA chapter. Skip received a Bachelor of Arts degree from Temple University and a D.O. degree from the Philadelphia College of Osteopathic Medicine. After graduation he received further training to become a general surgeon. Certified in that specialty he practiced in South Florida before moving to Arizona in 1976. He served families in the East Valley for thirty years. During that time he was a staff member of Mesa Lutheran, Tempe St. Lukes and Chandler Regional Hospitals. He was Chairman of the Department of Surgery at Mesa General Hospital for ten years during which time he mentored and taught hundreds of medical students from four medical schools as they pursued their degrees. He was also a Professor at A.T. Still Medical School. After retiring from active practice Skip continued to use his skills. His volunteer work involved travel to countries all over the world: Pakistan, Tanzania, Haiti, Nicaragua and Peru. In 2010 he was awarded the Humanitarian Award for his service by the American College of Osteopathic Surgeons of which he was a fellow and life member. He was also a volunteer locally for Rosie’s House. His interests included playing string bass in klezmer and jazz bands, photography, writing and publishing. The son of Ruth and Joseph Feinstein (deceased), he was married to his wife, Marcia for more than fifty years. They have two children, Jessica Lebos (husband, Mark) and Dr. Ara Feinstein (wife, Iris). He is survived by four grandchildren—Abraham, Liberty, Eli and Clyde. He will be missed by all for his love of life, enthusiasm and sense of adventure. Skip believed in being of service. He enjoyed classical music and jazz, attended Torah study, read biographies, took photographs in earnest, earning a one-man show, and played golf for many years. He was a member of Temple Solel. Donations may be sent to: Rosie’s House–A Musical Academy for Children, Box 13446, Phoenix, AZ 85002. May his memory be a blessing.