Thomas Eichenbaum (aka: Tibi) was born on March 30, 1932 in the Slovakian town of Presov to Eugene Eichenbaum and Melvia Buchler. He had two siblings; an older sister, Lenka and an older brother, Alexander. He survived the concentration camps as a youth: Buchenwald, Muthausen and a stop at Auschwitz. After the war, he was reunited in Czechoslovakia with his grandmother, Fanny and one uncle, Bela Eichenbaum. Together they travel to Pottsville, Pennsylvania to reunite with family. He graduated from Pottsville High School and went on to graduate from The Philadelphia College of Pharmacy & Science. He was a proud veteran of the United States Air Force as a translator of 7 languages. While in Pottsville, he met the love of his life, Shirley Eichenbaum and they were wed on October 15, 1955. Tibi had the opportunity to own a couple pharmacies & work together with his wife. The last of which was called Este Pharmacy at Brous and Robbins St. in Philadelphia. Together, Tom and Shirley enjoyed serving their community through their caring pharmacy, playing cards with friends, being active in synagogue life, supporting Israel, JWV and raising their children. Together, Tom and Shirley were happily married just shy of 60 years. Thomas is survived by his three children: Jeanna Eichenbaum (Jyoti Arvey), Melvia McCann (James McCann) & Felicia Greenfield- Blau (Peter Blau). He was blessed to be a part of his 6 grandchildren’s lives:  Aimee McCann, Alexis McCann , Darian Greenfield, Alyssa Greenfield, Joshua Blau and Sarah Blau, as well as, three great grand children: Madelynn, Joseph and Gunner. Thomas was the epitome of kindness, strength, generosity, resilience, wit, acceptance and loyalty. He led his life with honor, continued growth and dedication to his family. During the course of his life, he grew through the pain of deep anti-Semitism to experience peoples differences and appreciate those who were kind and thoughtful. He was passionate about playing chess, cards, and a loyal supporter of Israel.

Donations can be made to the United States Holocaust Memorial Museum 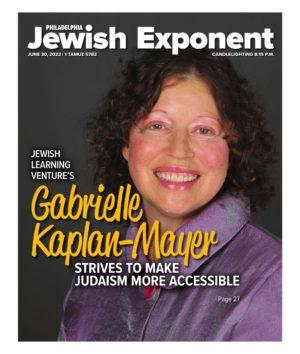