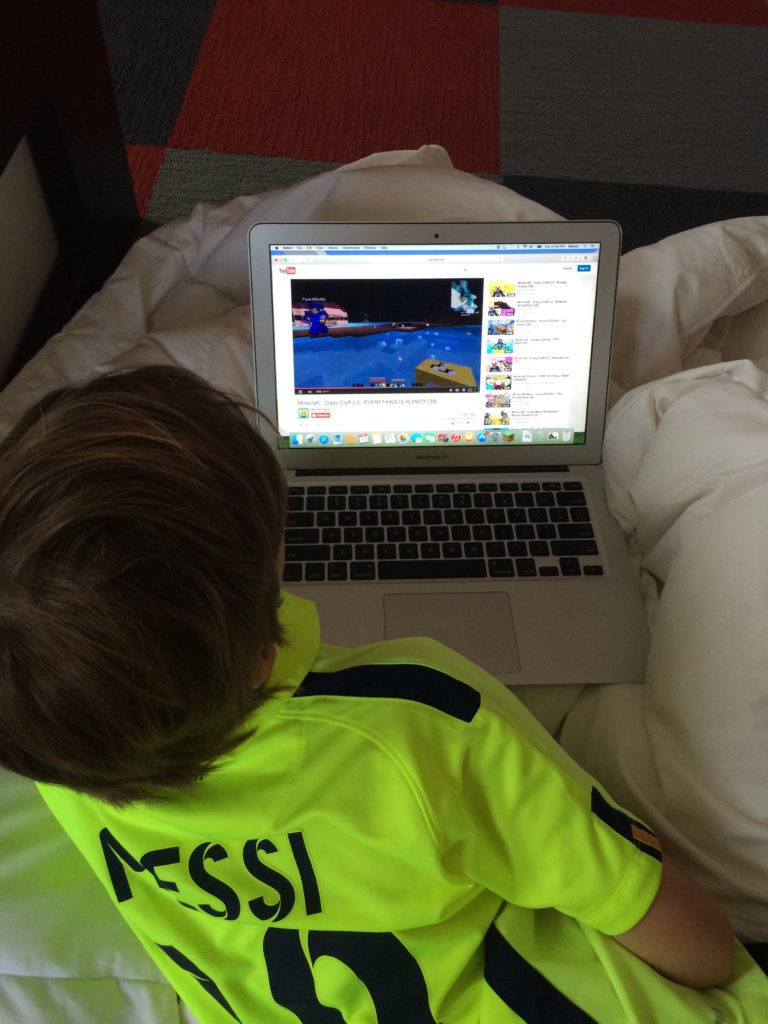 I'm hoping my 8-year-old's fascination with this computer game — and videos of adults playing it — will be just a phase.

Imagine you walk past your 8-year-old son's bedroom on a Saturday morning and hear this dialogue emanating from his computer:

"This is harder than it looks."

"What on God's green are you watching?" I asked Ezra.

"Minecraft videos," he said, eyeballs locked on the screen.

Minecraft is a creative building video game — think of it as LEGO for the computer — where players have limitless options for construction within worlds, and several modes of gameplay. In addition to playing Minecraft, many kids, including mine, also watch videos of other people playing Minecraft.

Ezra watches a LOT of these Minecraft videos. In fact, instead of watching cartoons, Ezra spends his weekend mornings on YouTube watching adults play Minecraft. Ezra's favorite gamer is Stampy Cat, a 24-year-old British man named Joseph Garrett who speaks with a lilting Monty Python-esque tenor and hosts one of the 10 most watched YouTube channels in the world. His videos average about 30 million hits per week.

"You're the worst hider ever! (har har har)"

"Why are we here? What is going on? Why is this sword lost, who lost it?"

"I don’t think that matters. I think we are here to show off this amazing kingdom."

"We have an amazing fireplace!"

"Oh, I've got antennae on my head! I'm picking up a radio signal!"

"Why am I eating potatoes when there is cake on the table? What has gotten into me?"

"There's a lot of Googleys in this cave. Ooooh, we can go in here!"

"It's Christmas! There are candy canes! A big gingerbread man, look at this place!"

"Oh, now the spiders are helping!"

Yeah. This dialogue makes my son roll with laughter, and it makes my brain cells dry heave.

But Ezra can't get enough. He's changed his various usernames to versions of the words Stampy and Squid. He often speaks in a British accent. When I kiss him goodnight I find his computer under his pillow, his ipod under his blankets. He is forever trying to sneak in unsanctioned Stampy time, and I hear myself utter altacocker statements like, "How do you watch that garbage?!"

"We" are all of Ezra's friends from school. Apparently, everybody watches Stampy. If I mention Stampy to my fellow parents, they look to the Heavens or curse his name or start ranting. One of my friends says it's her 7-year-old son's lifelong dream to meet Stampy.

Maxon, my 11-year-old, also watches Stampy videos, but not with the passion his brother possesses. Hoping I'd get a more understandable answer, I asked Maxon what was so intriguing about Stampy.

"I don't know why. He's funny. It's just intoxicating."

Now, I've been into most of the boys' phases – including Star Wars Phase I and Phase II, the Harry Potter phase, the obsessive LEGO phase, the Marvel superhero phase, the short-lived Greek Myths phase and my older son's current Bob's Burger's obsession. I also don't have any issues with the boys playing Minecraft, which they do together.

But I don't understand the appeal of Stampy — and really, I shouldn't. His videos are made for kids and are most popular with 6-14 year-olds. It's been a blissful while since I had to sit through shows like "Yo Gabba Gabba" and the 'Backyardigans" and "Thomas the Tank Engine," so long that I've forgotten just how annoying those programs are, and that some of the songs are still on my iPhone. The Backyardigans' "Surf's Up, Ho Daddy" came on in the car the other day and I practically drove off the road trying to make it stop.

If I put Stampy in the same family as those programs, it makes more sense to me. I've just got to ride this Stampy phase out – monitor the screen time, check for electronic contraband in the bedsheets, make sure Ezra has headphones, bite my altacocker tongue and wait. Because I know the one thing that will prolong this Stampy phase way past its natural course: any assertions that he is anything other than brilliant. 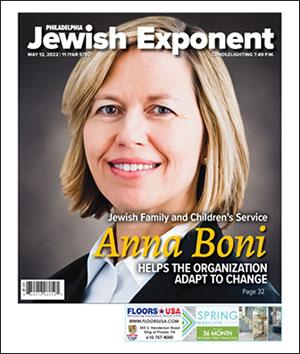