Rabbi Minna Bromberg writes how she found freedom when she decided to accept her body as it was.

Editor's Note: The eve of Passover is a fitting time to launch "Rabbis Uncensored," the Jewish Exponent's newest blog, where you will find stimulating discussion of Jewish thought and rabbinic insight into contemporary issues that touch our society both locally and globally. Just as we read the Haggadah and draw upon our historic journey from slavery  to freedom to find resonance in our lives today, our rabbis will be looking to Jewish tradition as they grapple with issues of the day through their own special lens. For our inaugural posts, we posed this question:

In his book, Exodus and Revolution, Professor Michael Walzer wrote that "pharaonic oppression, deliverance, Sinai, and Canaan are still with us, powerful memories shaping our perceptions of the political world…We still believe, or many of us do, what the Exodus first taught, or what is has commonly been taken to teach, about the meaning and possibility of politics and about its proper form:
—first, that wherever you live, it is probably Egypt;
—second, that there is a better place, a world more attractive, a promised land;
—and third, that “the way to the land is through the wilderness. There is no way to get from here to there except by joining together and marching."
What issue represents today's Egypt, laden with Pharaonic oppression? What would be the promised land?

I can still feel in my chest the feeling of inhaling newfound freedom. I can still sense at my back the whoosh of an old, confining reality crumbling and being washed away like Pharaoh’s army. I can still remember the thought that popped into my 16-year-old head that day: “On the other side of the wall, there is no wall.”

It was the day of my very own exodus. After having tried for most of my young life to force my body to fit in, it was the day I decided to stop dieting.

I had started innocently enough. My dieting was born of a precocious 7-year-old’s sense that if people teased you because of what you looked like, why not just change what you looked like? I remember fantasizing about a thinner me who would have more friends or — as I grew into adolescence — a boyfriend.

But my body’s refusal to comply with my wishes made me hate myself. Soon my whole sense of my worth as a human being rose and fell in inverse relationship to the numbers on the scale. None of my successes in other arenas were ever enough to counteract my sense of failure at not being able to control my size. I had swallowed whole our culture’s contempt of fat people and, in so doing, I had signed on to be the primary taskmaster in my own enslavement.

As with the slaves in Egypt — who suffer silently for hundreds of years before they begin the crying out that will lead to their liberation — it’s hard to say exactly what made that day the day to give up dieting. But enough was simply enough. I decided from that moment on to start practicing (and it is an ongoing practice) accepting my body exactly as it is.

Like any exodus, mine has lead not directly to a promised land, but to an uncharted territory of ongoing questions, even these decades later. Should I make fat-liberation my single-issue banner or will that stance cut off nuanced conversations before they can begin? Should I be angry at the near-stranger who invasively asks my husband whether I have considered weight-loss surgery or should I try somehow to judge them to the side of merit?

But one thing is clear: The experience of my own liberation — my own internalizing and then freeing myself from our culture’s contempt for bodies like mine — has awakened my heart to feel more deeply to the pain of others in our society who experience ridicule. My own liberation drives my desire to be an ally for LGBTQ folks, people with disabilities, and those who are stigmatized due to mental illness. Over and over our Torah urges us to love and care for the stranger because of our own experiences of being strangers. As religious studies scholar Christine Hayes puts it, “the experience of slavery and liberation should be the wellspring…the impetus for moral action.”

Sitting at my seder table, hearing again our tradition’s insistence that we experience the Exodus as if we ourselves went through it, there is no “as if” about it for me. I have been stuck in the Narrow Places, and I have been liberated. The journey is not over but there is no going back.

Rabbi Minna Bromberg, Ph.D, a singer and songwriter, is the rabbi of Kesher Zion Synagogue in Reading, Pa. She can be reached at [email protected] 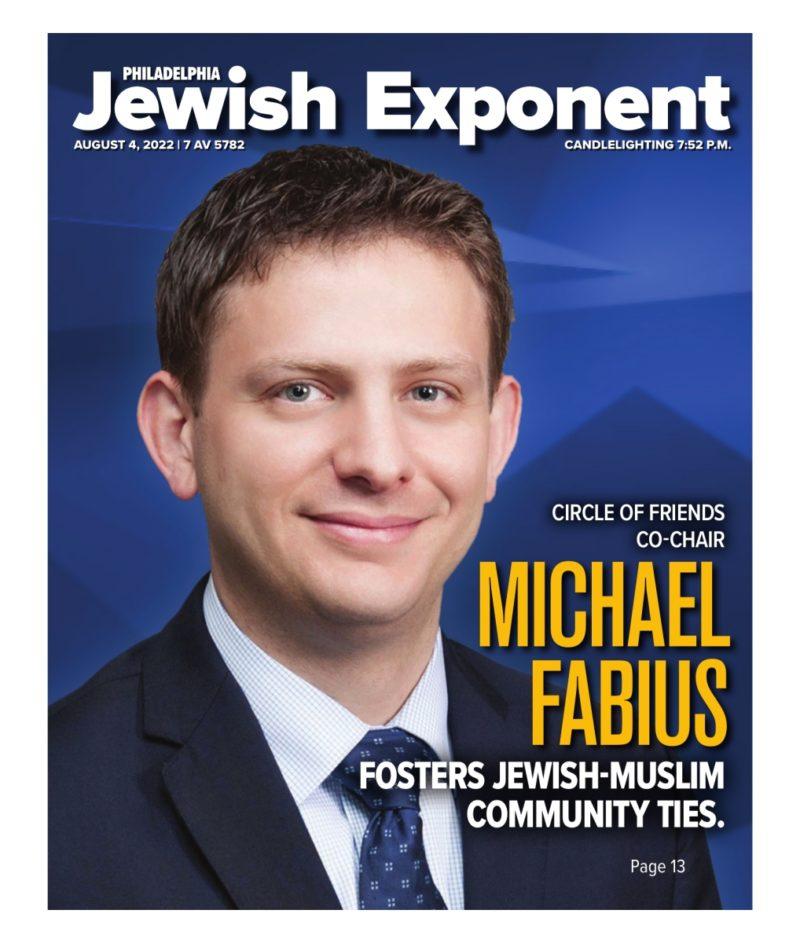