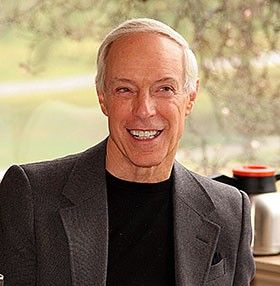 Jerry Blavat, a legendary disc jockey and music impresario known as “The Geator With the Heater” and the “Boss With the Hot Sauce” died on Jan. 20. He was 82.

The Philadelphia Inquirer reported that an autoimmune neuromuscular disease called myasthenia gravis and other health problems were the causes of death.

Blavat grew up in South Philadelphia, the son of an Italian Catholic mother and an absentee Jewish father, according to a 2016 Jewish Exponent article about his induction into the Broadcast Pioneers of Philadelphia Hall of Fame. His parents met at the movies when his racketeer father ducked into the theater to escape the police.

“There was an empty aisle seat, so my father sits down and puts his arms around my mother,” Blavat told the Exponent. Weeks later, she ran away and married him.

The Inquirer said his father was known as Louis the Gimp and ran an illegal bookmaking operation while his mother was called “lucy the Riveter” for working at the Navy Yard during World War II.

Blavat said he didn’t get much exposure to the Jewish religion, saying he was “raised by the nuns and the Italian side,” but he did experience the cultural side.

“I saw the Jewish world, and I saw the Italian world,” he told the Exponent, describing visits with his father at Lew Tendler’s, a Center City watering hole that closed in 1970.

“I’d see the Jewish guys drinking bourbon in suits,” Blavat said. “The Italians at home were in T-shirts playing bocce.”

Blavat got his start as a teenage dancer on “American Bandstand,” helping to pick records for original host Bob Horn and becoming friends with Sammy Davis Jr. – Blavat made a name for himself by promoting Black musical artists — who asked him how he learned to dance.

“Everyone in South Philly dances like this,” he replied.

Blavat listened to local Black DJs and learned that popular tunes sung by white singers were often written and performed previously by Black artists. He’d push Horn and others to play those versions, earning the respect of Black musicians.

“I love the Geator,” Aretha Franklin said in Blavat’s biography “You Only Rock Once: My Life in Music.”

“All the record label owners, the club owners, they were Jewish guys,” Blavat said in the 2016 Exponent article, describing how their families embraced him and taught him the music business. “I probably saw my Jewish side of the family once a year, during the holidays. But my sechel was Jewish.

Aside from appearances on “American Bandstand,” Blavat was road manager for Danny and Juniors of “At the Hop” fame. In 1960, he started his first radio show, on which he broke many unknown acts.

In 1965, he made the jump to TV, first hosting “The Discophonic Scene” and then “Jerry’s Place.” He also was in a 1968 episode of “The Monkees” and made cameos in movies “Desperately Seeking Susan” and “Rocky V,” according to xpn.org.

He served as an on-air talent for numerous area radio stations over the years, popularizing the oldies format. He also owned a club called Memories in Margate, New Jersey, where he continued to broadcast on his Geator Gold Radio network.

Blavat was included in a Rock and Roll Hall of Fame exhibit in 1998 and published his memoir in 2011.

During his career, Blavat rubbed elbows with many celebrities, serving as Don Rickles’ valet and meeting Frank Sinatra, who nicknamed him “matchstick” because of his slim build, the Inquirer reported. There also were rumors of alleged connections to organized crime.

Long after Blavat’s heyday, his influence could still be felt in Philadelphia.

“I tell people everywhere I go that I’m the product of the Philadelphia music scene. People ask me, what does that mean? I tell them it comes down to one thing: I grew up listening to the Geator,” Todd Rundgren said when he inducted the Hooters into the Philadelphia Music Alliance Hall Walk of Fame in 2019, 26 years after Blavat himself was inducted, according to the Inquirer.