You cannot simply open the doors and step inside. They are locked, and a security guard must let you in — and then you must sign your name into an iPad that records your visit. And even then, you probably need an appointment with a synagogue staff member to go any farther. (In the Jewish Exponent’s case on Jan. 6, that was clergy assistant Sophia Schwab.)

But once inside, you will step into a Jewish world that feels like it’s from another century. Old president and confirmation class pictures line the walls. The sanctuary has a tall ceiling and two-level seating arrangement that give it a feeling of grandeur, not unlike an old European theater. And you can hear people talking or children laughing in different rooms throughout the building.

Rodeph Shalom’s 1,000-household congregation is not a community that gathers occasionally, for, say, a bar mitzvah or a High Holiday service. This is a group of Reform Jews that is committed to and engaged with the ongoing life of its 228-year-old synagogue. And that seems to be what they are protecting with those layers of security.

According to Maderer, the Broad Street congregation may include as many as “3,000 souls.” Within that group are young adults, families with school-age kids, empty-nesters and retirees. Most of them live in Center City.

Rodeph Shalom’s religious school enrolls 300 students. Its Shabbat services attract between 100 and 150 people to that striking sanctuary and another 50-100 people to the livestream. Maderer also estimates that the synagogue hosts between 30 and 35 bar and bat mitzvahs per year.

And each Wednesday morning, a group of congregants walks around Philadelphia neighborhoods to distribute fresh food and diapers, among other products, to about 150 people who could use the help.

“It speaks to the core values of Judaism. Helping your neighbor. Taking care of your community,” said Heshie Zinman, a member since 2005.

In this day and age of rising antisemitism, Rodeph Shalom is using significant resources to protect its building and the active community inside of it. But in recent years, congregants say, the community has actually become more open at the same time.

Cheryl Dougherty joined in 1998 as “a religious school mom,” she said. The synagogue was welcoming to her non-Jewish husband and his family. Leaders even made a point of including her husband’s family in their daughter’s bat mitzvah process.

But the community was still not quite as welcoming as it is now, according to Dougherty. It was bureaucratic and hierarchical. You joined, and you did things how they were done. No higher-ups or longtime members reached out to you to ask how you were doing or where you were in your Jewish journey.

So after the mother’s “religious school mom” era, she left Rodeph Shalom for two years. But she returned in 2010 because she felt she still needed religion in her life. And during these last 12 years, she has seen and experienced Rodeph Shalom’s transformation into a community that cares deeply for the individual.

When Dougherty rejoined, a synagogue leader reached out to her less than two weeks later to see how she was doing. Then she joined an empty-nester group with about a dozen people and built deep connections, as she described them, with people who were in the same life situation. The synagogue’s charter promises not to turn anyone away who cannot pay, and today, around 50% of members do not pay a full membership fee, according to Dougherty, though the congregation does ask for “meaningful” donations.

Now, when Dougherty walks into Shabbat services, she can barely take a few steps before saying hello to person after person.

“They say, ‘Look, everyone’s on their own journey here. Whether you’re learned in the Torah or whether you’re not. Whatever your notion of what God is,’” Dougherty said. “There is a desire to really meet members where they are.” ■ 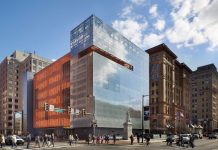 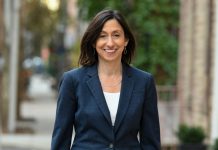 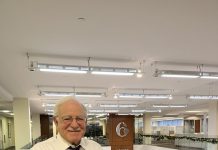