A quick lap around the Kaiserman JCC campus in Wynnewood will leave you with an unmistakable impression.

Inside the facility, you will see a worn basketball court and faded gymnastics equipment, along with dimmed lights overhead. And outside, as CEO Alan Scher himself describes, you will see “dilapidated fields” filled with weeds and bare patches.

The place needs an upgrade, and now it may be getting one. Or at least the start of one, according to Scher.

In December, at the JCC’s 50th-anniversary party, state Sen. Amanda Cappelletti, who represents Kaiserman’s Main Line territory, presented Scher with a $500,000 check from the state’s Redevelopment Assistance Capital Program. The grant program from the Pennsylvania Office of the Budget goes toward “the acquisition and construction of regional economic, cultural, civic, recreational and historical improvement projects,” according to pa.gov. All grants must be matched by the institutions that receive them.

Scher and his board raised money from donors to match the $500,000, giving the JCC $1 million for renovations. A state-compiled list of grant recipients identifies possible JCC projects as “boiler replacement, roof repairs and lighting upgrades.” Bigger renovations to the gymnasium and preschool also were listed. Between those last two, Scher said the Robert J. Wilf Preschool will likely come first since it has a waiting list of more than 40 families. Specifically, the CEO wants to start by renovating the preschool lobby.

“It’s an aging infrastructure and facility,” he said of the early childhood center. “We want an infrastructure that’s beautiful and state of the art.”

With the school, Scher believes it’s vital to have a facility that meets the quality of the program itself. And he feels the same way about the JCC in general. Camp Kef, Kaiserman’s summer camp, has been full in recent years, with more than 400 kids. And the JCC’s gym sees action seven days a week.

But those who use the JCC can clearly see its flaws.

Adam Sherman, a past JCC president and a resident of Lower Merion for 30 years, described Kaiserman as “a 1995 facility in a 2023 world.” Sherman has used the JCC for as long as he’s lived in Lower Merion, and while he now lives in Florida for half the year, he still goes to Kaiserman “sporadically” when he’s on the Main Line. Sherman plays basketball, and he says the floor is “playable but not great.”

“It needs a refinishing,” he added.

But Sherman still views the JCC as “a great location and a great gym.” And he believes the key to its future is not so much appealing to evening and weekend jump shooters and board crashers, like himself, but to parents who will send their kids to the preschool, camp and youth athletic programs.

“If you’re sending your little 5-year-old there, you want to make sure they can swim in a nice pool, have a nice field, proper lighting — all that kind of stuff,” he said.

Cappelletti also sees the JCC playing that role. That was a big reason why she advocated for it even though she’s not Jewish and doesn’t use it.

“The JCC does a lot of incredible work in my community,” she said. “They reach all across Montgomery County into Delaware County and Philadelphia County and Southeastern Pennsylvania.”

As evidenced by the additional $500,000 that Kaiserman raised, it has people who want to help. Therefore, it may be best to use the state money for practical upgrades, like the boiler, the roof and the lights, that will keep the building open and running, according to Scher.

As he put it, “Nobody wants to put their name on a boiler.” Once those projects are checked off, Scher and his team can “invest in our strengths,” like the preschool, he said.

A full-scale upgrade is necessary and will likely take several years, according to Scher. The JCC’s goal is to raise an additional $500,000 in the new fiscal year, which started in the fall, and it is already more than halfway there.

“It’s not going to be here tomorrow but will be in time if we continue to bring in this kind of investment,” Scher said of the vision. ■ 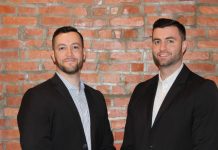 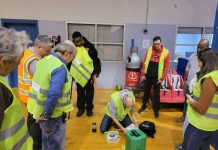