An email about the upcoming Philadelphia chapter asks the following question: “Do you know any Jewish women or non-binary people in their 20s and 30s living in the Philadelphia area who might be looking to create lifelong friendships, find professional mentorship, discover meaningful philanthropy opportunities and take part in financial empowerment programs?”

But in reality, the impact is a little more practical, according to Meredith Jacobs, the CEO of Jewish Women International. In Los Angeles, Chicago, New York and other cities, the YWIN aims to help Jewish women combat domestic violence, access economic security and create leadership opportunities. In doing all of those things, the group helps women become more independent, married or not.

And the Philadelphia chapter, the 11th in the world including the one in Tel Aviv, will aim to do the same when it opens with a still-unscheduled launch event this spring.

“We offer tools for women to have options and power and control in their lives,” Jacobs said. “It’s about being able to build the life you want.”

The YWIN is open to women roughly between the ages of 22 and 34. In many cases, they are new to their cities and looking to meet people. Jacobs estimates that there are 10,000 people on the network’s email list across the 10 chapters and 5,000 active members. Some may have been members five years ago and then aged out. JWI started the YWIN in D.C. in 2013.

The international organization supports the local groups with funding from its reserves and with money from donors. In Philadelphia, it is going to open the new network with a two-year grant from Women of Vision, the Jewish Federation of Greater Philadelphia’s advocacy arm for women, worth $45,000 to start a financial literacy series.

Jewish Women International likes to emphasize financial programming in its YWIN chapters. One typical series of workshops runs for four sessions and teaches women to create budgets, according to Jacobs. Each session focuses on an important topic like how to save for retirement, how to negotiate for higher pay or how to buy a home.

“When you don’t have access to money, you’re vulnerable to being in a dangerous situation,” Jacobs said. “To not having options. To not advancing at work.”

Meetings about domestic violence are also important, according to the CEO. She said that women need to know what’s healthy and what isn’t healthy in relationships. So JWI brings in survivors of domestic violence to help YWIN members gain a clearer understanding of what a relationship should and shouldn’t look like.

JWI also likes to emphasize leadership by organizing talks and networking sessions with women who are “role models, mentors and champions,” as Jacobs describes them. The long-term goal of any YWIN chapter is for its members to grow into community leaders themselves.

“If the local JCC needs a board member, how do they look at JWI’s members?” Jacobs asked.

JWI has about five people interested in joining its Philadelphia chapter, according to Jacobs. But an official announcement is coming soon. If you’re interested in signing up, visit jwi.org for more information. ■ 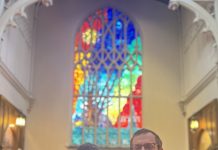 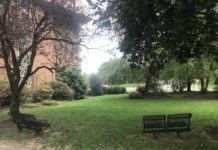 Area Synagogues Begin to Make Better Use of the Great Outdoors 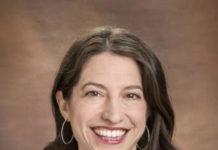