The Lower Bucks County homeless population in towns like Bristol, Levittown and Fairless Hills has grown in recent years, according to Advocates for the Homeless & Those In Need, a local organization that tries to help. And it has not only grown, but changed.

Before COVID-19, the population consisted of people in their 50s and 60s with longtime addiction and alcohol issues. But today, the group includes younger people, some in their 30s, who are doing harder drugs like fentanyl.

The growth of the local homeless population has increased the need for help from area religious organizations. And a prominent Jewish one, Shir Ami in Newtown, is stepping up.

For the entire month of December, Shir Ami leaders and members have been transforming their social hall into a homeless shelter in the evenings. When a Code Blue situation emerges, according to Bucks County authorities, or when the nighttime temperature drops to 26 degrees or below, this group of wealthier Jews springs into action.

Several synagogue members prepare food, open up cots and serve dinner to the people who need to spend the night. Then, in the morning, they lay out a quick breakfast that the locals can take on the go. Shir Ami Rabbi Charles Briskin estimates that the temple has opened its doors on eight different nights this month so far. And it may need to do so for most of the rest of the month, with colder temperatures in the forecast for the final week of 2022. Roughly eight to 10 people come in per night, and none of them are Jewish. But that doesn’t matter, Briskin said.

“I think the reason why Shir Ami is doing this is because we were asked,” the rabbi added.

Advocates for the Homeless & Those in Need is based in Bucks County, and it enlists local churches and synagogues to help house the homeless population on nights when it is unsafe to stay outside, according to Karen Mineo, the organization’s executive director. In January, the Woodside Church in Yardley will pick up the task. Then, in February, the Calgary Baptist Church in Bristol will take over.

But before Thanksgiving, Mineo and AHTN needed a volunteer institution for December. So they put out a call in the Bucks County Courier Times and via email to 100 houses of worship. Phil Nordlinger, Shir Ami’s director of operations, saw the article in the Courier Times and reached out to Mineo. She then contacted Briskin, who asked the chairs of the temple’s Tikkun Olam Committee, Essie Cherkin and Barbara Roth, to lead the effort.

According to Briskin, the women “said yes before they even knew what it entailed.” So did about 50 or 60 members of the Shir Ami community, who responded to the call for help from Cherkin and Roth by offering their time.

Every night this month, the Shir Ami congregants are ready to mobilize. So when Cherkin and Roth put the word out, volunteers come. They set up the cots and tables before people arrive, and then they welcome them in, say a few words and get to work cooking the food.

The dinner can either be cooked or heated up, while the breakfast is something like cereal or to-go bars. As the rabbi explained, “We serve a meal, and we schmooze with them.” Several members came by to help on the first night of Chanukah on Dec. 18.

“We would not have had a space. They were our savior. They came through for us,” Mineo said.

According to Briskin, helping in this situation is in line with the Jewish value of tikkun olam, or healing the world. It’s also about recognizing “the dignity of every human being.” But as evidenced by the churches that offer their services as well, those are not just Jewish values. This is an effort that transcends any single religion.

Mineo is not Jewish. But she understood why the Jewish residents of Lower Bucks County wanted to volunteer.

“They are totally in line with trying to help the vulnerable communities with dignity, shelter, food,” the executive director said. “Basic human needs.”

These are needs that, sadly, are unlikely to be fully met in 2023, either. AHTN is pretty certain that it will need institutions to volunteer their services next year, too. And Shir Ami leaders and members want to help out again. Briskin noted that his synagogue has more than enough volunteers and space to handle an effort like this.

“We hope this can be part of what we do every December,” he said. “The response has been overwhelmingly positive.” JE 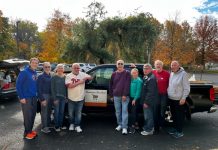 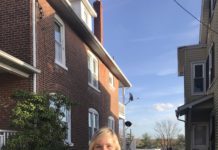 What’s It Like to Run for State Rep? On the Trail with Two Jewish Candidates 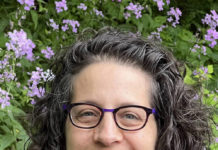