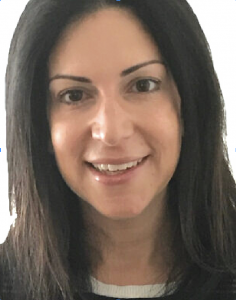 In the days preceding his election victory, Israel’s incoming Prime Minister Benjamin Netanyahu was interviewed by Christians United for Israel founder and chairman, Pastor John Hagee. The comfortable rapport between the two men was evident throughout their talk. Hagee heaped “God’s prayers” on the Israeli leader “for all the rest of his life.”

This display of mutual admiration reflects the years Netanyahu has spent cultivating connections between Israel and the U.S. evangelical community. For example, Netanyahu spoke at CUFI’s 2017 annual conference and told the Christian crowd that they are “Israel’s best friends in the world.” Netanyahu’s address to attendees at the Christian Media Summit in Jerusalem this week indicates that a Likud-led government will remain wedded to safeguarding Israel’s relations with evangelicals.

That Netanyahu would take time away from a hectic campaign to speak to Hagee suggests an awareness of the fractious response Israel’s new coalition would soon receive from American Jewish groups.

For example, following the electoral success of the Religious Zionist Party, led by Bezalel Smotrich and Itamar Ben-Gvir, the American Jewish Committee released a statement expressing “serious concerns” over previous declarations by RZP members, which conflict with the AJC’s prioritization of “pluralism” and “inclusion.” Indeed, Smotrich and Ben-Gvir’s incendiary comments targeting the LGBTQ and non-Orthodox communities understandably disconcerted the American Jewish establishment.

Both lawmakers have since tempered their rhetoric, with Ben-Gvir disavowing his former association with the far-right Kahanist movement. Still, the Democratic Majority for Israel maintained that it was “deeply troubled” by an “extremist party” gaining a “foothold in the Knesset.” Unsurprisingly, the Union for Reform Judaism’s chosen language touched on how Likud partnering with the RZP would potentially “jeopardize” Israel’s democracy.

Yet it was the former head of the Anti-Defamation League, Abe Foxman, who issued the most direct condemnation. Speaking to The Jerusalem Post last month, Foxman said that he would cease supporting Israel if the incoming government alters the definition of who qualifies as a Jew under the country’s Law of Return.

Such reactions from American Jewish leaders underscore the growing dissonance between U.S. Jewry and Israel’s political class. As a result of this, the Jewish state must reframe its relationship with the U.S. to one that emphasizes boosting ties with reliable evangelical allies as it carefully navigates its struggles with Diaspora Jews.

In his book “The Arc of a Covenant,” Walter Russell Mead notes that American Jews have often refrained from pushing the U.S. government to adopt favorable policies toward Israel. Instead, they have tended to encourage the U.S. to moderate its pro-Israel positions. Historically, writes Mead, it was not leading Jewish families like the Rothschilds and the Warburgs who strongly advocated the creation of a Jewish state but influential Christians like J.P. Morgan and John D. Rockefeller.

To date, U.S. Jewry and evangelicals have retained robust differences in their approaches to the U.S.-Israel relationship. While more than half of U.S. Christians backed former President Donald Trump’s 2017 relocation of the U.S. embassy to Jerusalem, only 16% of American Jews did so, according to an AJC poll.

Given that Christians comprise more than 60% of the U.S. population, it makes both demographic and political sense for Israel to nurture its alliance with evangelicals. Israeli tourism figures released before the pandemic show that Christians constitute more than half of Israel’s foreign visitors. And with Israel’s Ministry of Tourism introducing initiatives to lure Christians to the Holy Land — even as Jewish missions like Birthright face financial setbacks — this figure will likely increase.

Politically, Jewish groups have softened their stances on issues critical to Israel’s security, notably Iran’s quest to acquire nuclear weapons. Instead, their legislative agenda is dominated by noble yet consensus-driven topics such as the war in Ukraine and combating antisemitism.

For their part, organizations like CUFI and the Christian Coalition of America have made lobbying against the revival of the flawed 2015 Iran nuclear deal a cornerstone of their political efforts.

While in office, Secretary of State Mike Pompeo and Vice President Mike Pence repeatedly pointed to the inextricable link between their Christian faith and their affinity for the Jewish people. Lawmakers like Kevin McCarthy are even experiencing pushback from several Jewish institutions after vowing to remove far-left “Squad” member Rep. Ilhan Omar from the House Foreign Affairs Committee should he become majority leader.

Despite some troubling trends among their youth, evangelicals remain the most ardent custodians of the U.S.-Israel bond. By contrast, American Jewish organizations’ public disapproval of Israel’s unwillingness to placate their pluralistic demands is indicative of an establishment more concerned with defending progressive ideologies than protecting Jewish interests.

Israel must not get bogged down in nourishing such liberal orthodoxies. Moments devoted to fending off such criticism is time spent away from focusing on domestic and international threats.

Irit Tratt is a writer who resides in New York.