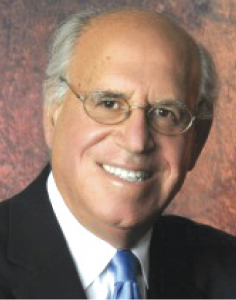 On Dec. 11, I awoke to the stunning news that the man accused of making the bomb that killed 270 people in 1988, the Lockerbie bombing, was now in custody.

On Dec. 21, 1988, I was the senior rabbi of the largest synagogue in Central New York. It was a cold, blustery, uneventful early morning until “that phone call.” It was from Syracuse University, informing me of the bombing.

I was told that, among the 270 people killed, 35 were Syracuse students flying home for Christmas after a semester abroad. The Jewish chaplain, a colleague and good friend, was already on his way to JFK to be of assistance. The university, with its large world footprint, wanted and needed to bring its community together almost immediately and asked if I would represent the Jewish community.

Thirty-four years later, now living in Elkins Park, I clearly remember putting down the telephone, sobbing uncontrollably, a transformative moment, one of the most difficult days of my life as a pulpit rabbi — and not exactly sure if I had the content and composure to offer the necessary wisdom and context.

The bombing, of course, was a tragedy for everyone on board and their loved ones. But when so many young students, at the prime of their lives, were taken, it was especially jarring and unbelievable; all of their dreams and potential were gone in seconds.

That evening, Hendricks Chapel, a very impressive centerpiece of the Syracuse campus just steps away from the better-known Carrier Dome, was overflowing; there were students, faculty and members of the larger community — thousands of people, seated and standing in the aisles and thousands more on the campus in silence, in pain and disbelief.

Inside the chapel, every faith tradition was represented. Leaders from different traditions and beliefs were all there for the same purpose — sharing the importance of community, at times of a faceless community, where people still feel connected by a culture of reciprocal responsibilities.

No political commentary was necessary. The heinous nature of the crime was obvious. And I, a “person of faith,” seized with anger and disappointment, needed to somehow relay a message of honest belief and confidence. My immediate response was one of reassurance.

In part, this is what I said:

“There are certain matters of the soul that will always defy mathematical or scientific explanation. We can’t know if there is a heaven or if God exists. We can’t know why bad things happen to good people. Humble acceptance of the limitations of our knowledge is where faith begins. Faith is learning to live in that zone of discomfort. Faith is learning to feel at home there. But faith is also action. It is an act of faith to take what we can know and use it to fulfill God’s purpose on earth.

“It’s tempting and understandable to say, ‘Why me? What did I do to deserve this? It’s not fair. It shouldn’t be this way.’ Yet, such sentiments reveal more about us than they do about God. When we say something is not fair or we do not deserve it, we haven’t sat down with a scale and put our merits on one side and demerits on the other side to see our merits outweigh our demerits. No, what we really mean is: I do not want life this way. I want it to be the way I want it. The thing is, life comes as it comes. It is what it is. And faith is our trust in our ability to handle that which we cannot control. It is what God has given us to live fully, bravely and meaningfully in this less-than-perfect world.”

The late Leonard Fein, a friend, was a brilliant social scientist, a passionate and gifted writer and a veteran social activist. In trying to cope with his daughter’s sudden death, a personal tragedy beyond description — “the permanent presence of an absence” — he confronted one of the toughest questions there is: How can we pick up the pieces of our lives and go on to laugh and love in the aftermath of grievous loss?

“We live neither in the valley of the shadow of death nor atop the mountain of redemption; that we live instead in a desert of shifting sands where the best we can do as we seek to come to a better place and a better time is to press our bodies against those who falter and are about to faint, hold them close and upright until we come to the next resting place, there to regather our energy and then to resume the journey.”

The news of the man arrested brought it all back. On some levels, it is still very fresh for me.

I often wonder how best do we honor those lost that day? How have we resumed the journey? When you enter the “quad,” the Syracuse main campus, bucolic, busy and rooted in tradition, there are some steps you must climb that lead to a centerpiece called The Place of Remembrance. It is a semicircular, extraordinary concrete structure that includes the names of the 35 Syracuse students who died on Pan Am 103.

Each year, the Syracuse community gathers in that sacred space during Remembrance Week for a candlelight vigil and rose-laying ceremony. It reminds us to look back and act forward in resuming the journey.

For in the end, we are Jews, assirei tikvah (prisoners of hope). We suffer with all who suffer; we remember that we, too, were strangers once, and more than once; we remember the winding through the desert; and we know there is not only a promised land but also a promised time. We know that they who plant in sorrow will surely one day reap in joy!