As a child, Andy Jenks played soccer, T-ball and other sports that kids often play. But when he got older and those games moved outside, he could no longer see the ball or his opponents very well.

Jenks had 20/200 vision, meaning he could see things from 20 feet away that someone with 20/20 vision could spot from 200 feet away. Even when he was able to play soccer and T-ball with his peers, he never felt comfortable.

So at 10, he tried a new sport called goalball for athletes with limited vision. Teams of three would stand on opposite sides of the court and try to throw the ball into the opposing net.

Jenks started playing and, as the Philadelphia resident put it, “fell in love.” More than 20 years later, he’s still playing; this December he will play for the United States in the International Blind Sports Federation’s Goalball World Championship in Portugal.

“It’s incredibly meaningful for me to play this game at the highest level,” Jenks said.

The tournament will mark Jenks’ fourth appearance in international competition in his favorite sport. He represented the U.S. in the 2010 and 2014 world championships and in the 2016 Paralympic Games, where he helped the team earn a silver medal.

Jenks, 32, grew up celebrating Chanukah with his Jewish mother’s side of the family. While he’s not religious today, he still eats whitefish salad and knows and appreciates “a good bagel,” he said. He’s also not a full-time goalball player. The athlete works a day job as an educational assessment specialist at the Center for Teaching and Assessment of Learning at the University of Delaware. But he is committed to the sport like it’s a full-time job.

Jenks did not make the U.S. team for the 2020 Paralympic Games in Tokyo (played in 2021 due to the pandemic). He said he had carried around multiple injuries that he had “never fully dealt with.” So, he walked into a physical therapist’s office at Excel Physical Therapy on Ludlow Street, now Ivy Rehab Physical Therapy.

He dedicated countless hours to stretches, exercises and full routines that rebuilt his strength and endurance. After a while, the man who had recently turned 30 felt like a Paralympic silver medalist again. Jenks said he was stronger after those months of working
out than before.

The athlete also learned a valuable lesson. If he wanted to make another national team, he had to become the kind of scientist that great athletes often are: of their own bodies. He had to pursue excellence in weight training, nutrition and even sports psychology.

“Taking advantage of every opportunity to get on the court and play the game,” Jenks said.

When Jenks first played goalball, he said he felt free for the first time. It was the only sport he had played where he was not at a disadvantage due to his visual impairment. He did not have to worry about his safety; and his opponents didn’t have to worry about him, either. He could just move around, fire the ball across the court and stop it from flying into his own net.

“I found there were less of those barriers that existed in everyday life,” he said.

At 12, he started training with a Philadelphia area men’s team and traveling to tournaments in the Northeast, Midwest and West. At 16 or 17, he played in a tournament in Canada. Today, he has played goalball in 18 U.S. states, three Canadian provinces, 14 other countries and a U.S. territory.

And he hopes to add to that list. In 2028, Los Angeles will host the Paralympic Games. Jenks wants to try to make the U.S. team as a 38-year-old.

“It would be incredible to make that happen,” he said.

In goalball, everyone plays offense and defense, and Jenks prides himself on being a willing defender. But he has always taken a particular interest in making his throws more difficult to defend. He claims that he was an “early adopter” of throwing a ball that bounced high in the air to evade defenders. In 2010 it was relatively new, but today, everyone’s doing it.

Jenks may be right. After all, since the age of 15 or 16, he’s taught the game, too, in sports camps, schools and other settings. One time, a mother of a visually impaired child in central Pennsylvania asked him to conduct a clinic in the child’s school. That day, the kid “was able to come in and be good at that game in front of her peers,” Jenks said. JE 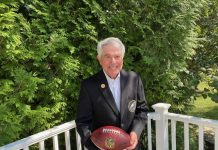 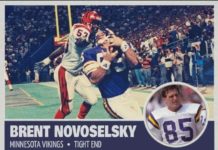 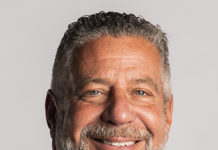