On Dec. 17, a handful of families will sit down for a Shabbat meal, a celebration of a practice they’ve sustained for half a century.

“This is one that got going and kept going,” said Dick Goldberg, a member of the chavurah for 42 years.

Common among the 12-member families was a desire to break free from the mold of synagogue traditions and large congregations that were difficult to find community in.

“We were looking for an alternative structure other than a synagogue, where families together would do their own planning and think about what Judaism meant to them, to try to create our own traditions,” member of 45 years Elliot Seif said.

The group created their own programming driven by their own values, but the structure of the chavurah was not unique to them. In the 1960s and ‘70s, many Jews, inspired by the counterculture movement of the time, had a desire to create their own small communities. And before there was Chavurah Bet, there was Chavurah Aleph.

Chavurah Aleph emerged years prior, operating out of Germantown Jewish Centre. The rabbi there allowed the chavurah to use the space, the beginning of the creation of GJC’s culture of “a community of communities” according to Ellie Seif, Elliot’s wife and Chavurah Bet member.

But as the chavurah movement began to pick up steam, the group generated too much interest to accept new members, while also maintaining its internal culture and feel.

“It been going on for several years, and they were a cohesive group — as it should be,” Chestnut Hill resident and Chavurah Bet founding member Judy Levy said. “Because it needs to be small; it needs to be intimate. …In order to make this work, you had to be on the same page.”

Levy didn’t take it personally when Chavurah Aleph told her she was unable to join the group. Instead, she created a second interaction of the group, wanting to take all the best parts of Aleph’s operation and, together with a group of families also interested in chavurot culture, make it their own.

Dedicated members of the group began to organize their own services loosely based on the traditional structure. Four groups of three families were randomly selected to have Shabbat dinners together — totaling about 200 dinners since the group’s inception — and the groups rotated regularly. The chavurah created their own cookbook of Shabbat dinner favorites.

The group would also have retreats at Camps Reeta and Arthur and have lively conversations about Judaism, despite theological differences among members.

“We once had a fight about God — which was, when I think about it, quite lovely — between someone who was an atheist, a raging atheist, and a very religious member,” Levy said. “I remember it with great fondness because I couldn’t believe it was happening.”

Chavurah Bet celebrated lifecycle events with one another: births and b’nai mitzvahs, with Levy’s son being the first to come of age in the group.

And the group, 50 years later, is experiencing yet another profound lifecycle stage. Particularly over the past few years, several of the group’s members have died. Levy said she was not able to attend the funerals of members because of COVID.

Though the deaths of their members has been a defining part of their continued existence, the chavurah remained resilient over the pandemic. Attendance and events have always waxed and waned over the years, Goldberg said, but the pandemic and increased use of Zoom enabled the group to host frequent book clubs and virtual movie viewings.

However, the group is mostly sustained by its original generation of members, with the children and grandchildren of the chavurah moving away and no longer attending chavurah events.

“They basically formed their own lives…they developed their own paths,” Elliot Seif said.

The chavurah’s core group is still strong, according to the Seif couple. Even during years of a scarcity of programming or events, there’s an understanding that not everyone in the group needs to be organizing services or holidays; the chavurah has a future as long as the members keep in touch in some capacity.

“It’s tradition and friendship that have kept us together,” Ellie Seif said. 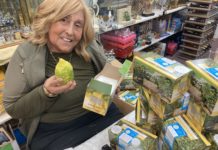