Marty Tuzman, son of Holocaust survivors Esther and Arnold Tuzman, thought about Bob Dylan’s “Blowin’ in the Wind” as he was leading a Holocaust education presentation to a group of sixth graders last month.

The students asked questions unrelentingly, all of them insightful and introspective. As Tuzman pondered how to answer the questions, he was reminded of the experience of listening to Dylan’s song, eagerly awaiting the answers to the existential questions posed in the verses.

In the case of Holocaust awareness and education, some of the answers to the complex questions remain unanswered: “What do we do? How do we make peace with this? How do we resolve to look back at what happened?” Tuzman said.

On Nov. 6, the Arnold and Esther Tuzman Memorial Holocaust Teach-In at Gratz College, organized by its Center for Holocaust Studies and Human Rights, will help to address these questions on how to preserve and teach the legacy of the Shoah to future generations.

The program, “Battling Indifference: How We Teach the Holocaust,” will take place from 1-6 p.m. both online and in-person at Gratz’ Melrose Park campus and will open with a dialogue between Holocaust survivor Elie Wiesel’s son Elisha Wiesel and Raoul Wallenberg Centre on Human Rights founder and former Canadian Attorney General Irwin Cotler. Anti-Defamation League Philadelphia Director of Education Randi Boyette will moderate the session.

“Our entire center is predicated on sensitively negotiating tensions between learning about and from the Holocaust,” Gratz President Zev Eleff said. “We strongly believe that the Holocaust was a sacred moment in world history, in Jewish history. At the same time, we also believe that it cannot always remain apart, that there are values and there are lessons to be drawn from our current moment.”

In a political climate of hate, teaching the Holocaust to the young generation is increasingly important, Boyette believes.

“The Holocaust is a historical event, but how it’s remembered can have an outsized impact on the values and the behaviors of those who are taught it well,” Boyette said. “Taught well, I think students can learn and internalize the knowledge about what happens when people are indifferent to the suffering of others.”

With fewer survivors alive to share their stories and with increasing competing priorities in a classroom’s curriculum, she said, designing and executing a thorough instruction on the Holocaust is challenging.

Cotler, an international human rights lawyer, believes that addressing antisemitism does not exist in a vacuum, and that proper education works to address the roots of hatred.

“Antisemitism itself did not die in Auschwitz,” he said. “It remains the bloodied canary in the mineshaft of global evil today, and, as we’ve learned only too painfully and too well, while it begins with Jews, it doesn’t end with Jews.”

With most of his scholarship and work carried out in Canada, Cotler said that antisemitism — while it still pervades Canadian politics — is “incentivized” in the U.S. by “fake news,” political polarization and “campus culture, legal culture, entertainment culture, media culture and the like.”

Cotler is jarred by statistics that suggest that only about 50% of people can name a concentration or death camp, indicating poor knowledge about the Holocaust. However, he cited a statistic that 80% of people want to learn more about the genocide as promising.

The interest in learning about the Holocaust needs to be nurtured, he said, harkening back to the event’s theme of “Battling Indifference.”

Following the conversation with Wiesel and Cotler, there will be four breakout sessions and the unveiling of the digital archives of the Gratz College Holocaust Oral Histories Project, the second-oldest Holocaust testimonial archive in the country.

The Tuzman family named and endowed the Holocaust Teach-In in 2010 shortly after Esther Tuzman’s death in 2009. Arnold Tuzman was added to the title upon his death in 2013.

Marty Tuzman and his daughter Kira Foley-Tuzman grew up hearing the stories of their family’s survival, instilling in them the importance of Holocaust education.

“You picture a little kid sitting on her grandfather’s lap, and some grandfathers would be telling ‘Mary Had a Little Lamb’ or something — a sweet story,” Foley-Tuzman said. “And those are not the stories that [he told].”

“My grandfather would always say throughout his life: We’re one step away from this happening again,” she continued. “Never forget.” 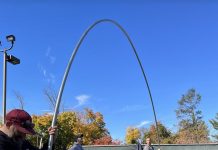