Library and information science is a multidisciplinary field, incorporating books, archives, technology, multimedia and any tidbit of information, preserving it and making it more accessible to those who need it.

For Jewish media, such as ancient texts and historical objects that have survived antisemitic attacks and centuries of wear and tear, finding a steward for those objects and information is crucial.

The Jewish librarians are the champions of this effort. As the “people of the book,” those librarians, as part of the Association of Jewish Libraries, come together every year to learn from one another about how to do their jobs better.

On June 27-29, AJL will host their 2022 conference, with the theme “together again,” in Philadelphia at the Weitzman National Museum of American Jewish History. It will be their first in-person conference since 2019.

“The AJL conference is like the opportunity to be in an entire room of people who all do the same thing that you do, and to be able to problem solve and troubleshoot, brainstorm and get ideas from people,” said Rachel Kamin, national conference chair of the AJL Conference Committee and librarian at North Suburban Synagogue Beth El in Highland Park, Illinois.

The committee expects over 200 conference attendees; there are 23 sessions planned with over 60 presenters.

Over the past two years, libraries, like every other institution, has had to weather the pandemic. For librarians, this has meant finding new technologies to use and getting creative in getting books to people.

In the early days of the pandemic, Kamin set up a way to deliver books to congregants. They would email and call with book requests, and Kamin would drive over to their house when the book arrived. It’s since become the default for requesting and delivering books.

“[COVID] expanded the need for e-resources, and the library is really making every effort, full speed ahead, to acquire the e-resources database,” Shirazi said.

While some librarians were able to share their pandemic-induced innovations virtually at the 2020 and 2021 conference, the virtual space doesn’t allow for the same in-between moments that generate connections and new ideas.

“The ideas and the questions that can be answered so easily, and the ideas that can be percolating, face-to-face — that, I think, everybody missed,” Shirazi said.

“I can’t even begin to tell you how many of these little ephemeral conversations have led to really big projects,” added Michelle Margolis, AJL vice president/president elect.

In future years, AJL will alternate conferences between in-person and virtual formats. While in-person gatherings allow for a better natural flow of ideas, virtual conferences allow for more diverse attendees.

Margolis, the Norman E. Alexander Librarian for Jewish Studies at Columbia University, enjoys the conference’s ability to mesh the two groups. As a university librarian, she can commiserate with the high school librarians about gaps in knowledge and skills in matriculating students, so high school librarians can better design curricula.

“Secular libraries do not worry or know how to determine if a damaged resource needs to be placed in a genizah (synagogue repository) or not,” Boyle said. “Nor do they know what are the best Jewish young adult LGBTQ+ books to purchase to build up a collection that may currently have zero.”

Boyle said AJL is the only Jewish library resource the synagogue has to navigate these issues.

Libraries are also the foundation of many Jewish institutions, used by more than just an individual looking to check out a book. Just as much of Jewish thought comes from the written word, Kamin said, much of Jewish life comes from access to Jewish resources. 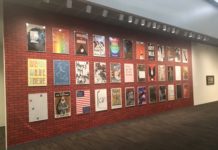 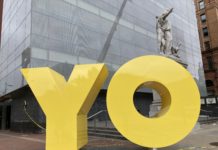 A First Look at the Weitzman’s Reopening