By Jackie Hajdenberg and Andrew Lapin

As part of the surprise drop for his new album “Honestly, Nevermind,” Canadian Jewish musician Drake released a music video for his new song, “Falling Back,” that features him as the groom in a wedding officiated by an Orthodox rabbi in a black hat.

There’s nothing orthodox (or safe for work) about the wedding itself, though, which features 23 brides.

That punchline isn’t revealed until a few minutes into the video, when the rabbi officiating the wedding ceremony, which takes place under a white floral chuppah, asks the bride, “Do you commit yourself to being a good wife, according to our values and traditions?”

To which she answers, “I do,” and is then echoed by 22 other women in white behind her. 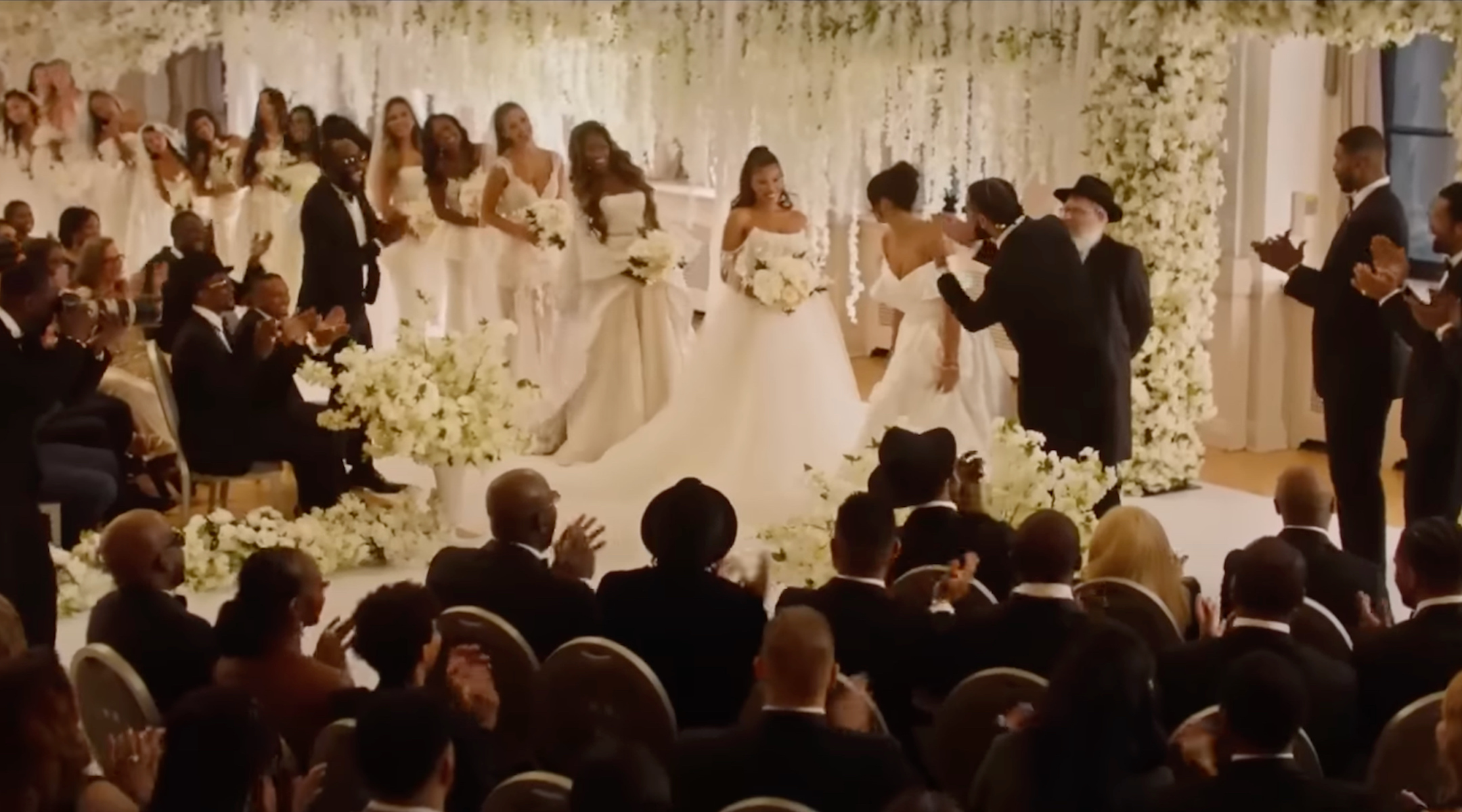 Drake’s 23 brides line up next to the chuppah. (Screenshot via YouTube via JTA.org)

After each bride receives her ring and gives the yarmulke-less Drake some form of a secret handshake or high five, the camera pans to a person who appears to be Drake’s Jewish mother, Sandi Graham, a blonde woman dressed in black (and who bears a striking resemblance to Barbra Streisand). “I think he’s really taking this one seriously,” she remarks. (Drake has never been married, but does have a son, Adonis, whose existence was brought to the public eye during a feud between him and rival rapper Pusha T.) 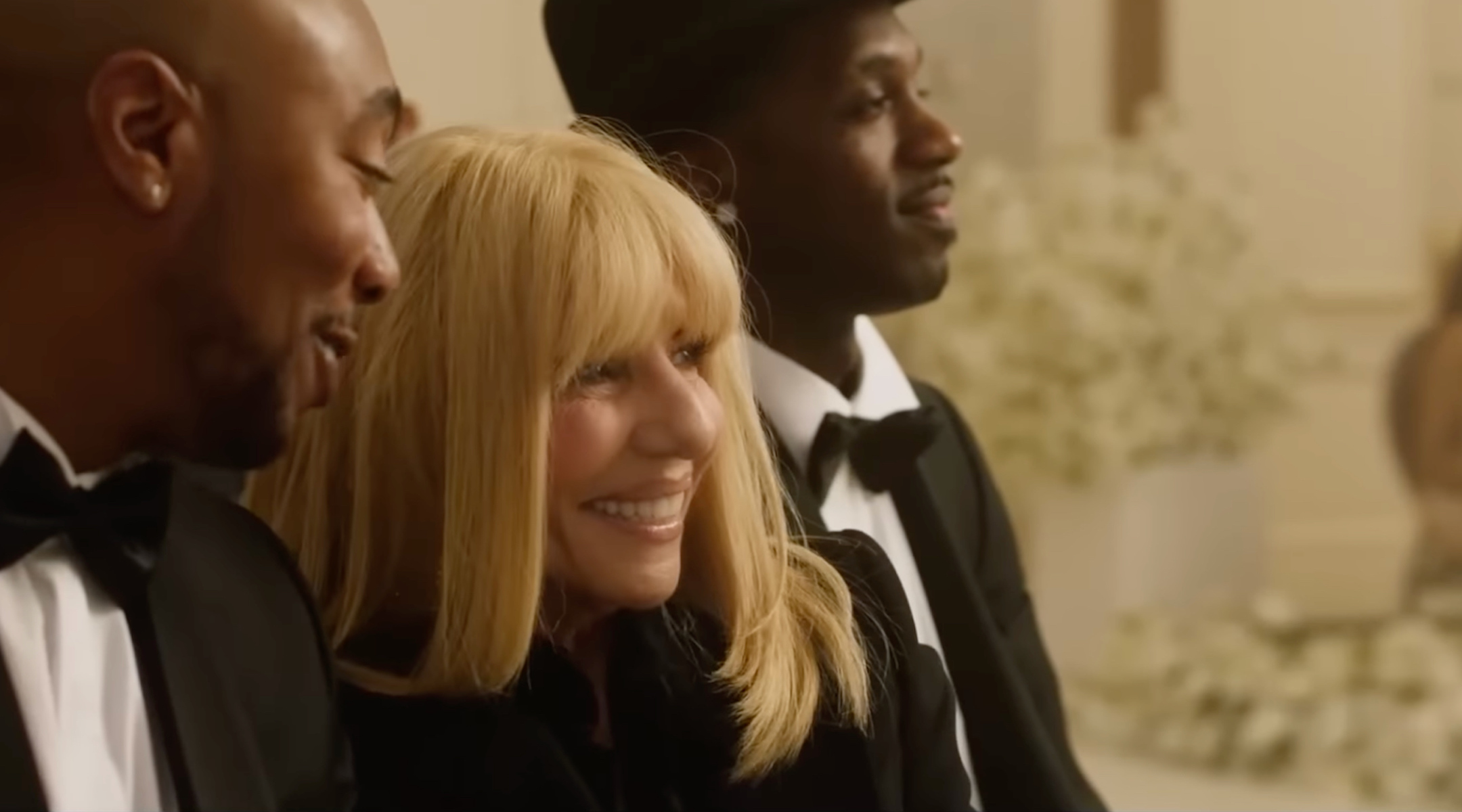 Sandi Graham, Drake’s mother, watches her son’s wedding ceremony in the music video for ‘Falling Back’. (Screenshot via YouTube via JTA.org)

What ensues after the ceremony is a raucous celebration full of mixed dancing and strobe lights.

At one point, one of the brides is lifted in a chair for the hora as she waves a napkin in the air. (Traditionally, as the bride and groom are hoisted on chairs during the hora, they hold onto a napkin to symbolize their unity.) 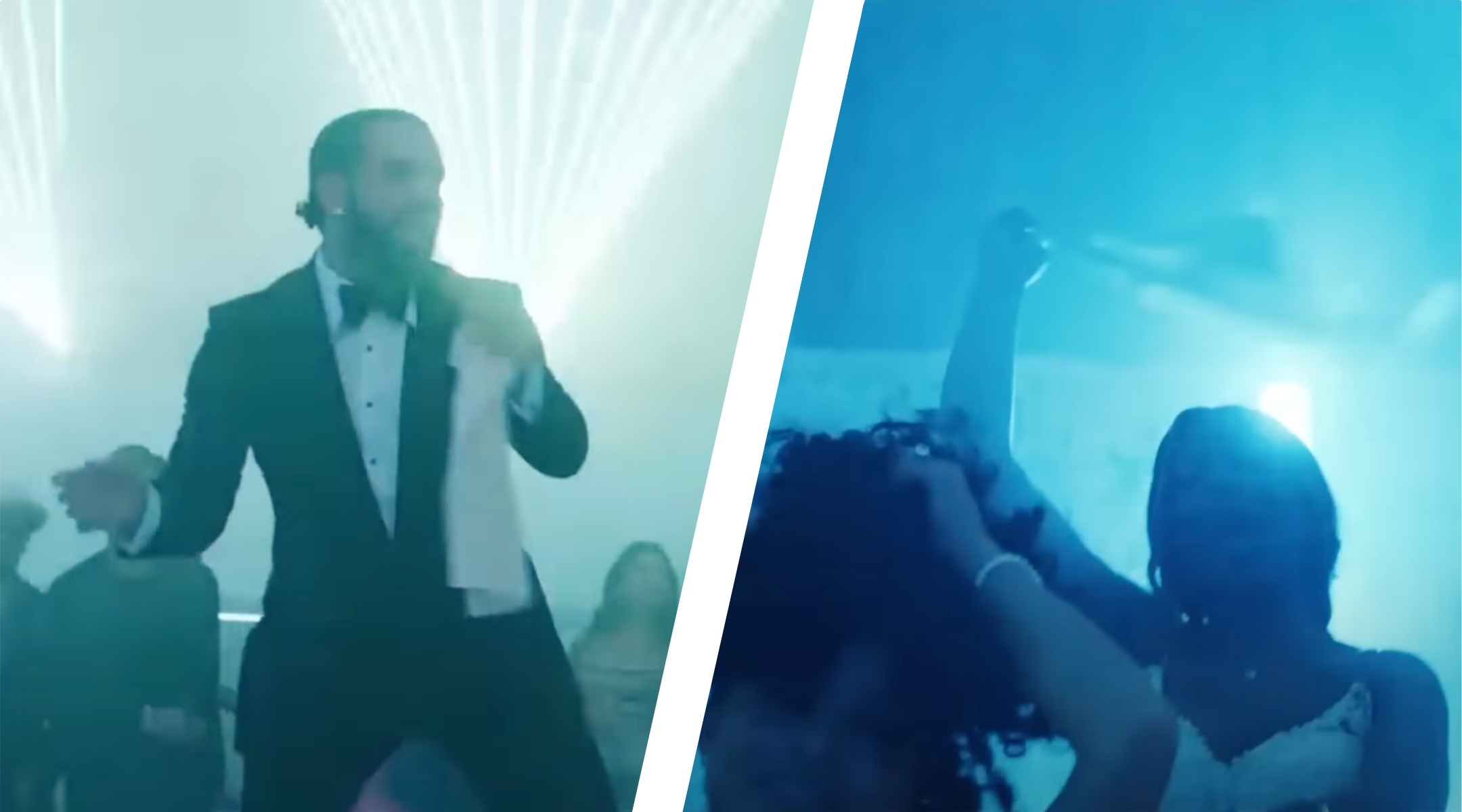 Drake and one of his brides wave napkins as they dance— one of many Jewish wedding traditions. (Screenshots via YouTube via JTA.org)

A few moments later, Drake is also seen dancing with a napkin in hand, and later in his mouth.

Toward the end of the video, Drake and his 23 brides pose for pictures in what loosely resembles the photo shoots that sometimes accompany the bedeken ceremony, where the groom unveils his bride and families wish blessings upon the happy couple.

The video was produced by Adam Rodness, a Canadian actor and producer who has also starred in a short film called “The Seder.” The rabbi is played by Ari Sitnik, whose social media pages appear to identify him as a Toronto-based IT specialist who formerly worked for Associated Hebrew Schools of Toronto. Sitnik’s Twitter page shares a steady stream of pro-Israel and conservative memes.

This isn’t the first time the multi-platinum-selling artist has invoked his Jewish background in his musical career. Drake posed with a Kiddush cup and Sabbath candles for the cover of his 2012 album “Take Care,” and he staged a different Jewish tradition – his own “re-bar mitzvah” – in the music video for his single “HYFR” (he also re-staged his bar mitzvah in a “Saturday Night Live” sketch). Last year, on a mixtape, he rapped, “I should probably go to a yeshiva.”