In December, shoe designer Stuart Weitzman announced an eight-figure gift to the Philadelphia-based National Museum of American Jewish History, saving it from bankruptcy.

Less than six months later, the museum is reopening as the Weitzman National Museum of American Jewish History.

On May 13, the benefactor sat down with the Jewish Exponent to discuss his motivation for keeping American Jewish history alive.

What was your motivation?

It was based on need. When I heard that the bank had the right to the building and they may put up a tower unless their debt is paid off, and man, look at our location, right? When are you ever going to get a corner at the Constitution Mall?

We couldn’t lose that and the stories we hope to tell through this museum.

Tell me why Jewish historical memory is important to you.

I’m proud of our people’s accomplishments.

The first thing I showed my kids when we take a vacation to Europe was right away to Anne Frank’s house or the Nobel Museum, where 30% of the winners were Jewish.

Tell me about your Jewish history.

The town I grew up in was all Jewish. Long Island. Hewlett. Have you ever heard of Great Neck? People haven’t heard of Hewlett, but it’s even more Jewish.

So I never thought much about where I was or who I came from, because that was it.

What was Judaism like in your house growing up?

The holidays we went to the synagogue like traditional Jews do.

But not in any way religious. We didn’t have a kosher home, although I do now because it’s my wife’s goal.

To me, bagels and lox was our kosher home.

But it was important to you on a cultural level, it sounds like.

And all of us here in America love American culture, but nobody wants to give up where they originally came from.

Tell me why that connection is so important to you.

We’re Americans. We grow up with that patriotism and learn our history and are proud of how we evolved.

Especially my generation. There’s nobody woke in my generation. We’re not tearing statues down. And the things we are now understanding we shouldn’t be proud of — we didn’t even think about them.

I feel doubly lucky to have two great cultures that I can hang on to.

I think they are a great marriage, and I think that’s why Jews have done so well here. This museum really shows that.

Well, have you ever seen that letter from (George) Washington? Oh man. I mean, that was a time before the final Constitution, when every state had the right to make their own religious rules.

Some of them didn’t want Jews around, and they did it because no one was blocking them. And Washington in that letter and then the Congress to put it together made sure that that was a right (religious freedom) regardless of state that everybody had.

It warms the heart, right? Given how Jews have been treated in other countries.

I’m involved with the Spanish Jewish community to build a Hispano-Judeo Museum. In Madrid. You know there were 700 years of great Jewish culture in Spain.

It ended with the Inquisition. But it started in the eighth century. When Columbus left in the summer of 1492, the Jews left Spain that same month. Many of them went on his ships to find a new home.

But Spain has ignored that heritage.

You’re a history guy, aren’t you?

You learn so much from it. People don’t think about it anymore.

Gettysburg Address. Preamble to the Constitution. We the people. We memorized them by the time we were 10.

Are you concerned by the effort you mentioned before? To kind of tear history down?

I don’t know how people can justify judging 200 years ago by today’s standards. You have to look at it, be glad it’s not happening any more.

Say 100 years from today they say you’re a deviant because you’re wearing jeans. So now everybody who is photographed in jeans…I don’t know. I just don’t buy into it.

This museum is proud of American Jewish history. How do you maintain that pride even in a culture where a lot of people are not as proud of it or afraid to be as proud of it?

When I took my daughter to the Nobel Prize Museum (in Sweden), she was a teenager, and I had this goal in mind to feel proud of our accomplishments. And we got to the United States and couldn’t find (Albert) Einstein.

In Europe, it didn’t matter who you were. Even a Rothschild. You were not French. You were Jewish.

Fortunately, in this country it was all immigrants, so we all became American. And I wanted my kids to appreciate that.

What is Judaism to you guys in your household? Like how you raised your kids.

I can’t justify that. Otherwise, why’d he pick Hitler? To me, it’s all man-made. JE 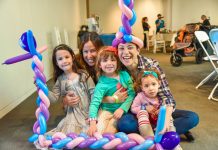 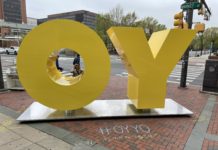