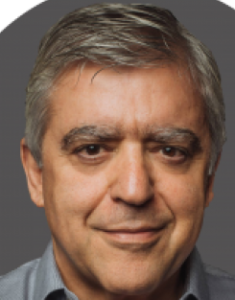 One of the problems with the need to always defend yourself is that you can lose sight of the big picture. In recent years, with the rise of antisemitism and anti-Zionism, the pro-Israel community has spent much of its time on the defensive. The haters attack, the community fights back. Our energy is in the fight.

But on days like Yom Ha’atzmaut, Israel’s Independence Day, when we celebrate the very existence of the Jewish state, we can take a timeout from activism and marvel at the big picture.

I did that this month when I spoke at a Yom Ha’atzmaut event at the Saban Theater. I marveled at “the five miracles of Israel,” miracles that can get lost in the chaos of the daily news cycle.

The first miracle is the idea of a people who waited 1,900 years to return home. After the Jews were exiled from Jerusalem and saw their Second Temple destroyed in the year 70 CE, how did they stay so patient for so long? How is it possible that over 19 centuries they never gave up on their dream?

It helped, of course, that we were reminded of our dream in daily prayers and rituals like weddings, circumcisions and the Passover seder. These rituals held the dream, day after day, century after century. And then, 74 years ago, our patience and prayers finally paid off.

A few years after the darkest moment in Jewish history, after centuries in which we yearned and prayed and hoped and dreamed, the Jews at last returned home to Zion. That is the most dramatic miracle of all.

But before we had a chance to celebrate, we needed a second miracle: To fight off five Arab armies whose sole mission was to drive us into the sea. I had two uncles in that war. I’ve read the incredible stories of bravery and resourcefulness. How a ragtag army fought off five much larger enemies and saved the country at its birth is one of the great, but often overlooked Jewish miracles.

The third miracle was the survival of the Jewish state for the past 74 years in the face of enemies sworn to its destruction. Israel has prevailed time and time again on the battlefield, against suicide bombings and rockets and tunnels and knives and drones and almost any other lethal physical threat. The fact that we continue to prevail against relentless forces who can’t accept Israel’s very existence is the daily miracle of Israel.

A higher force sent us the fourth miracle — the most powerful country in the history of humanity continues to have Israel’s back. The United States of America, through thick and thin, through policy disagreements and even disputes, has never abandoned the Jewish state. We can never take this miracle for granted.

The fifth miracle may be the most poignant of the five. In such a hostile neighborhood, Israel had every justification to develop a defensive crouch, a bunker mentality, a society obsessed with protection and survival at all costs. Instead, while it defended itself, it found the chutzpah and imagination and drive to create a vibrant and open society that honors democracy and celebrates life.

It boggles the mind how a tiny country in the middle of such a violent region has become the envy of the world in so many areas. From innovations in medical and digital technology to agriculture to cybersecurity to design, music, culture and entertainment, this little country has never stopped punching above its weight.

It’s easy to forget this fifth miracle in the midst of BDS and United Nations’ condemnations and the growth of antisemitism on social media that hides behind anti-Zionism. But even for Israel’s critics, the extraordinary accomplishments of the Jewish state are impossible to deny.

That is the fifth miracle of Israel: It did not settle for mere survival. It aimed a lot higher — to thrive.

As I concluded my remarks on Yom Ha’atzmaut: The best way to honor our ancestors who yearned for centuries to come home, the 6 million we lost in the Holocaust and the fallen soldiers who died to protect their homeland, is not to survive but to thrive.

Am Israel chai, the Am Israel thrives.