Ninety-eight-year-old artist Philip Cohn has a rotund gray and white cat that loves to walk figure-eights around his legs and walker.

The beloved companion with the French name for cat — Minette — is more than just a friend to Cohn; she’s all-encompassing of his values as a painter.

“There’s a Japanese saying: If you want art, look at your cat,” Cohn said. “Every position is a work of art.”

The inspiration Cohn draws from for his paintings are likewise infinite.

Cohn’s house, shared with his niece Marlene Kalick, is filled with more than 500 pieces of his impressionist artwork, with paintings assembled on the walls like Tetris pieces, barely any paint from the walls to be seen.

Some paintings are of Italian beach scenes filled with imaginary subjects (including an elusive house cat crouched near a rock), a dormant Mount Vesuvius lying in the background; another shows colorful clowns dancing in the streets of Philadelphia during the Mummers Parade of New Year’s Days past, before COVID took the raucous event down a couple of notches.

Cohn was inspired by the French, Dutch and Italian impressionist scene of the late 19th century and was afforded the privilege of seeing the painting of his heroes — Pierre-Auguste Renoir, Paul Cezanne, Camille Pissarro — in person decades before. His own art has clear impressionist influences: bold brush strokes and colors that create dazzling effects of light.

It was Cohn’s enduring love of painting that attracted the attention of Old City Jewish Art Center Director Rabbi Zalman Wircberg. The art center’s April exhibit, “A Lifetime of Impression,” spotlighted Cohn’s works, and a few pieces remain in the space’s permanent collection.

Cohn reminded Wircberg of something OCJAC neighbor Larry Becker of Larry Becker Contemporary Art once said: The sign of an artist is someone who is compelled to create something every day.

“He’s not taking a day off. He’s not sitting and contemplating. He’s creating,” Wircberg said.

Every morning, Cohn climbs the stairs of his home and paints in his studio for 3-4 hours. Cohn’s artistic practice was particularly fitting for OCJAC’s April exhibit, which spanned Passover and, according to Wircberg, should therefore encompass an idea from the holiday.

“Every day, we’re leaving our Mitzrayim, our limitations, our boundaries, our comfort zones,” Wircberg said.

According to Wircberg, Cohn is an artist who pushed his boundaries to become the prolific painter behind the exhibit.

The son of immigrants — his father from Russia and his mother from Poland — Cohn had a long journey to becoming a painter.

His family settled in Vineland, New Jersey, and Cohn was born in 1923, the youngest of five sons. Though Vineland was home to several Jewish farm settlements at the time, his father worked several factory jobs.

As his brothers grew older and moved to Philadelphia, visiting the city became a romantic idea to Cohn, who escaped into the worlds of “Flash Gordon” and “Tarzan,” copying panels from his favorite comics, his foray into art.

“I always drew, even before I went to art school,” Cohn said.

As Cohn came of age, the World War II draft thwarted any desire to move to the city or pursue art more seriously, though he balanced military duties and figure drawing during his couple of years serving.

When the war ended, the Servicemen’s Readjustment Act, or GI Bill, opened doors for Cohn, who opted to remain in Europe. He began his formal art education in Shrivenham, England, at an Army-established college campus two hours from London.

Cohn visited the National Gallery on most weekends, where he came face-to-face with paintings by Peter Paul Rubens and Rembrandt, a limitless well of inspiration for him, despite the lean collection of the museum after the war.

“You look at something for a while, and you want to do something,” Cohn said.

His art education continued in Philadelphia at the Pennsylvania Academy of Fine Arts, where the GI Bill continued to buoy him. Cohn was awarded $90 per month during his time at PAFA, and he was able to afford art supplies and rent for a studio apartment.

By 1947, Cohn began submitting materials to local competitions and was accepted into the Barnes Foundation, where Albert Barnes noticed Cohn’s talent and briefly mentored him.

His brother Bernie sponsored a trip to Florence, Italy, where Cohn stayed for a year, traveling from city to city and finding lodging at an Italian boarding house.

Still, upon his return to Philadelphia, Cohn couldn’t sustain himself as an artist. He worked night shifts at Mid-City Press in the 1950s (which then printed the Jewish Exponent), so he would be able to not only afford his apartment and supplies, but so he could capture scenes for his paintings during the day.

In the 1960s, Cohn had his works shown in the Chestnut Hill Gallery, then the Hahn Gallery, which helped him stabilize his income as an artist.

After meeting his second wife Collette, who was from Paris, while at a community dance, the couple spent years traveling around Europe and were married for 42 years until her death in 2017.

Much has changed since Cohn’s heyday as an artist. The pandemic limited where he could go to people-watch. Cohn has since adapted; he does pastel portraits of friends who stop by and paints from his dozens of sketchbooks littered across his studio, pages filled with landscapes from his days of traveling.

Cohn considers himself a “lucky guy.”

“He is a lucky and blessed person to have been married to the love of his life and be fulfilled with his love of art, family and travel,” nephew Michael Kalick said. “He views life through the eyes of an artist.”

Cohn’s studio is crammed with stacked paintings and jars of brushes, hats and knickknacks, with only a small window in the corner providing the room’s natural light. It looks down at the street, with the view interrupted by an ugly telephone wire.

When Cohn looks out of it, though, he sees untapped potential, yet another scene to be painted.

“Nature is endless,” Cohn said. “It’s endless! It will never stop … There’s no question of running out of material.”

Cohn’s art, some available for purchase, can be viewed at philipcohnartist.com. 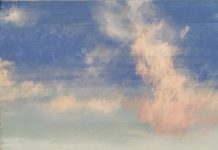 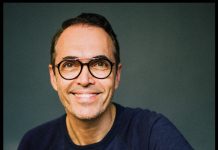 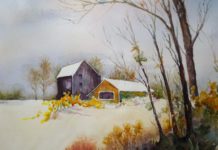