Hannah Lavon is changing the world through socks.

Since she started her business Pals Socks, her brightly covered wares have grown to be available at more than 800 retailers online through Amazon and via the company’s website, palssocks.com.

At first, Pals Socks were just for kids, but as the business (corporate name: Hooray Hoopla LLC) grew and evolved, Lavon expanded the socks to fit adults, too.

Lavon, 38, didn’t start out making socks, but said she’s always been hands-on in the creative process. After studying design at Syracuse University in New York she began with a series of mittens that were sets of predator and prey.

However, Lavon knew she wanted to do more with her creativity.

“Being female, being a Jew, being in the LGBT community, I believe that we need more humans who are open-minded and accepting,” Lavon said.

The idea behind Pals Socks, Lavon said, is that even though we’re all different and we don’t all look alike, we can still be friends and complement each other.

Lavon wants to teach kids that it’s OK not to match. Every pair of Pals Socks has two socks that don’t look alike but are designed in a way that makes it clear they go together.

Although Lavon designed all of the original Pals Socks herself, she now occasionally collaborates with artists like Paul Frank, Jason Naylor and Nate Bear.

Pals Socks also sells see-through boots, so customers can show off their socks everywhere they go.
“The more Pals you have the more vibrant your life will be,” she said.

Lavon said she doesn’t just aspire to create social change through her designs: She uses her business to give back and participates in fundraisers with a variety of local organizations dedicated to making life a more inclusive and welcoming place for people of all kinds.

When Lavon started her journey as a businesswoman she knew she wanted to give back to the community and began working with charities focused on schools and special education groups.

Since the program launched, Lavon said that more than $250,000 — $70,000 of which came this year — was donated to organizations like the Down Syndrome Diagnosis Network and Gigi’s Playhouse.

Pals Socks uses the hashtag #WeDontMatch to group the photos of people enjoying their Pals on social media, but Lavon hopes to develop the hashtag into a larger campaign.

Lavon juggles this all while parenting her 1½-year-old daughter, Cleo, who just had her first matzah pizza. Since becoming a mother Lavon feels she has gained a better understanding of the importance of teaching the next generation about Jewish heritage and traditions. 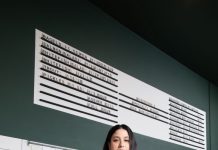 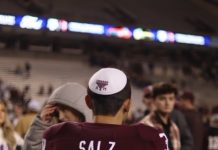 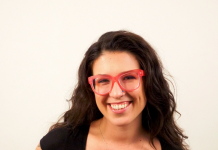