There are many Frank Sinatra fanatics out there — people who listen to the songs over and over, who feel that the lyrics explain so much about life and who view the icon as the epitome of cool.

Mark was not merely an appreciator of the legend but an actual friend of his as well.

Sinatra appreciated Mark’s locally based and nationally syndicated programs about his music. The two men were friends for more than 30 years.

Now, the Jewish DJ can join his favorite musician in eternity. Mark died on April 18. He was 88.

“If you knew Sidney for five minutes, you would know he’s sincere,” said Judy Mark, his wife of 49 years. “And Sinatra knew he knew the music, he respected the music.”

Judy Mark believes that her husband, a kid from Camden, started admiring Sinatra as a boy. But she knows for certain that Sinatra got through to Mark while the latter was serving in the Army. It was Christmas time, and Mark heard the singer belt out “I’ll Be Home for Christmas” on the radio.

“This was an amazing man,” she said of the legend.

After leaving the Army, Mark landed a job at WHAT-FM in Philadelphia. One day, he got a chance to fill in for another disc jockey. The new DJ brought in two Sinatra albums and ended up playing them for the entire shift. With that, a format was born.

In 1966, Sinatra himself called Mark and told the DJ to visit him in Las Vegas. Mark and his first wife Loretta Fliegelman even dined with the icon. (Fliegelman is Mark’s legal name; Mark is his middle name and a stage moniker.)

According to Judy, if the DJ wanted an interview with the performer, he got it. He could also just pick up the phone and call Sinatra, while the legend would call him when he wasn’t feeling well.

“He was kind,” Judy Mark said. “He always responded.”

Mark played his favorite artist at home, too, according to his wife. Sinatra and jazz, she explained. He also hosted jazz shows on local TV channels WPHL-17 and WHYY in the ’60s and ’70s.

Mark did not really like other kinds of music, Judy said. He just played his favorites over and over. Sometimes, he resented when people called into his radio show because he was listening to the music.

“It was his whole life,” Judy added.

And his life will outlive him.

Brian Mark, Sid Mark’s son and executive producer, said that the syndicated show’s current station, WPHT 1210 AM, will continue running it. The station just will not replace its host. Brian Mark is going to sit in the host seat, play the hits and dub the show with recordings of his father.

“We’ll still hear Sid doing the music and such and the interviews,” Brian Mark said.

The executive producer believes there’s no reason to end “The Sounds of Sinatra.” People still want to listen to Sinatra, he said.

But one part of the show will not continue. The daily call between father and son at 2 p.m. They would talk about the show, what they were going to do next and family life.

“It gave us a chance to be together every day,” Brian Mark said.

Mark is survived by his wife; sons Brian, Eric and Andy; daughter Stacey; and a grandson.
Judy Mark said he enjoyed being home with the family as much as doing the show.

“He really loved that,” Judy Mark said. “And he loved being on the air. He really did.” JE 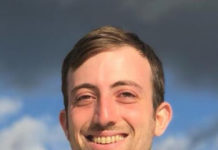 Why I Made a Podcast About Father Coughlin 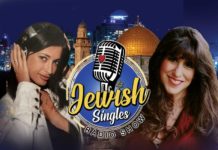