In 1991, the founding year of the Communication Solutions Group in Jenkintown, founder and President Leza Raffel made only $9,000.

But the Jewish Abington resident, 55, who dubbed herself the “lady to call when you are in deep doo-doo,” took the company’s humble beginnings in stride.

In 2009, Pennsylvania Gov. Ed Rendell named Raffel as one of the “Best 50 Women in Business.”

Though the business takes on a whole host of various public relations clients, Raffel cut her teeth on crises — breaking bad news in the most delicate way.

Raffel has tackled environmental and mold issues, food recalls and accidental deaths, among others. It’s her job to communicate with the appropriate stakeholders what is going on to put them at ease or help them take the next steps. Her job also takes the load of distracted clients who have to confront and solve the crisis.

“They are so focused on addressing the crisis at hand that they’re not responding to the media inquiries or communicating out to the parents,” Raffel said. “And so … people assume they’re hiding information, or they don’t care when, in fact, they’re very much involved in addressing the
crisis.”

Beyond crisis communications, Raffel has provided PR services to the Tuskegee Airman, the first Black military aviators in the Army Air Corps, for their 60th anniversary. She coordinated a visit from then-President George W. Bush to a Harrisburg school.

She’s balanced her role at Communication Solutions with being a board member at Temple Sholom in Broomall and Ithaca College Hillel, where her son is attending college.

For Raffel, who has spent the last 30 years specializing in crisis communications and PR, Communication Solutions is her pride and joy. But 30 years ago, the founding of the group came out of necessity.

“My business was kind of born out of its own crisis,” Raffel said.

Before Communication Solutions, Raffel was working for a small PR firm on the Main Line. Her boss would hand Raffel her paycheck every other week and specifically tell her not to deposit it.

“I was making my parents their 25th wedding anniversary [gift], and I went to take money out of my ATM to pay the bill, and there was a negative balance in the account because all my checks had bounced,” Raffel said.

With assurance from her attorney that she hadn’t signed a noncompete agreement, and advice from her good friend telling her to start her own firm, Raffel started Communication Solutions, taking whatever clients were able to reach her on her pager.

“I was renting an apartment, I didn’t have a child at the time, so I figured, you know, I’ll give it a shot,” Raffel said.

Later that decade, Raffel hired additional employees. She tried to match each person with their specific skill set. As a businesswoman, she prided herself on hiring and empowering women. In the group’s 31-year history, it’s employed seven men.

Since 1991, more has changed within the company than its employee demographics.

“When I first started working there, we all shared one computer that was located in a closet,” said Beth Drost, who retired from Communication Solutions after 20 years as a public relations specialist.

With the growing role of social media in breaking news, communications groups have to put out statements right away and roll out information as they get it.

“You’re going to be in a very reactionary mode because it’s out there for everyone,” Raffel said. “So you really have to be a lot faster with your response.”

Raffel has also had to adapt to the economic complications of running a business. Adapting to COVID was easier for the company, Drost said. Raffel was amenable to employees working from home for the past decade; they had used Zoom for seven years.

The 2008 Great Recession was more challenging for the company, Drost said, when Communication Solutions lost several clients, and Raffel had to slowly build back their clientele.

“I could see that being a devastating event for a company, but she rolled with it,” Drost said. “And she was able to grow the business back to where it was with a bit of a different focus, but she did a great job.” JE 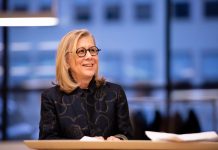 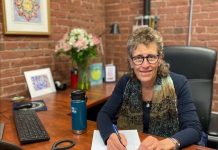