“My dad really proved that nice guys know how to get things done,” son Jon Mattleman said. “He knew the names of people who were custodians; he knew everyone.”

Mattleman inherited a school board that had “lost its credibility with the city,” due to poor money management, according to the Exponent article. Between 1970 and 1982, the school district experienced five or six teacher strikes. By the time Mattleman joined the board, teachers were getting paid, but schools lacked essential classroom supplies.

With the goal of adding professionalism and stability to the school district’s leadership, Mattleman’s board chose Superintendent Constance Clayton to preside over the large student body. Mattleman advocated for increased funding to expand student programs and social services, but remained humble in the face of his accomplishments.

“No matter when you leave a profession like this, you’re like Moses in the desert — you can’t go into the land of Canaan,” Mattleman said of his retirement in the Nov. 30, 1990 Exponent interview. “So you look down the mountainside and say there are some things you have accomplished and some you haven’t.”

Mattleman’s time at the Philadelphia school district was bookended by his career at Mattleman, Greenberg, Shmerelson & Weinroth. Though he practiced health care law, whenever a client approached him for services outside his expertise, Mattleman would not turn them away.

He served as board chair of ADL Philadelphia after he left the school board in the 1990s, eventually acting as a commissioner for the national organization.

Mattleman was the only child of Mary and Emmanuel Mattleman, who owned a kosher butcher shop on West Cumberland St. in Strawberry Mansion. The family lived in the apartment behind the shop and seldom sat down for meals together, as they were frequently interrupted by customers.

Though the family was not religious, Mattleman was raised with deep Jewish roots and pride.

Mattleman had a love for World War II books, filling his bookshelves with hundreds of them, and gaining a near-encyclopedic memory of WWII and the Holocaust.

“He never got tired of talking about the Holocaust,” daughter Ellen Mattleman Kaplan said. “He had family members who hid underneath floorboards in Romania. His favorite cousin died in World War II.”

Herman Mattleman attended Gratz High School — and later the University of Pennsylvania for undergraduate and law school — and Camp Tel-Hei in Bucks County, where, as a counselor, he met his wife Marciene Mattleman.

“She called her parents and said, ‘Come pick me up,’ but she said, ‘But pick me up tomorrow because I have a date tonight,’” daughter Barbara Mattleman said. “They went out, and apparently, as the story goes, my father went around and told everyone in the camp that he was going to marry her.”

The couple was married for 68 years until 2019, when Marciene Mattleman died from Parkinson’s disease complications. Marciene Mattleman’s career as a public school teacher, Temple University professor and founder of Philadelphia after-school program After School Activities Partnerships meant that she and Herman Mattleman crossed paths professionally. Baron-Baer called them a “power couple.”

The couple’s three children, along with their parents, dubbed themselves “the originals,” and were fiercely close with one another.

The family took their first trip to Israel in December 1969, where, through a family friend, they ended up visiting former Israeli Defense Minister Moshe Dayan’s house.

“The originals” were later joined by “the outlaws” (in-laws), six grandchildren and five great-grandchildren, all of whom survive Mattleman. Herman and Marciene Mattleman took frequent trips to Boston to visit Kaplan’s family. Great-granddaughter Abigail visited Mattleman a week before his death.

“He was wildly devoted to his grandchildren. He and mom took trips with them, and they just played such a critical part of their lives growing up,” Kaplan said.

Mattleman found humor and joy in everyday life. He “injected humor” into serious situations and had a love for Hershey’s chocolate bars with almonds, as well as a few Ashkenazi favorites.

“The corned beef industry is going to go under with dad’s death,” Kaplan said. “No one loved a good corned beef sandwich with pickles and coleslaw like dad.” 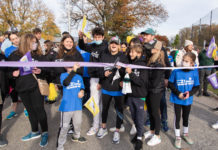 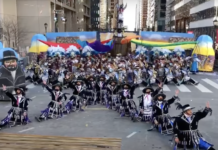