With his livelihood on the line, Rob Lennick texted the wrong Deborah.

The CEO of the Jewish Federation of New Mexico, Lennick sent a message asking for support of an extension to his contract. He was also asking for a $30,000 forgivable loan from the federation to pay for the repair of a home he was hoping to purchase.

What happened next set off a crisis in Jewish communal life in New Mexico that many say could unravel the philanthropic structure supporting synagogues, elder care for Holocaust survivors, youth programs and cultural initiatives. The situation is also causing uncertainty for thousands of people who were depending on the federation to help them gain Spanish citizenship under a reparations program for descendants of Jews expelled during the Inquisition.

Before she received Lennick’s errant message, Albrycht didn’t know that the board would be voting on Lennick’s request at the board’s upcoming meeting. But she did know that several employees had recently complained to her about Lennick, court records show. They reported inappropriate behavior such as harassment, intimidation and gender discrimination.

After getting the misdirected text message, Albrycht decided it was important to inform the board’s president, Sabra Minkus, about the complaints before the vote on Feb. 17, 2021. Minkus seemed concerned about what Albrycht told her, and she even hired a mediator to begin investigating.

But she also told Albrycht to keep quiet, and when the time came to vote on Lennick’s contract extension and loan, most board members had no clue that his conduct was under investigation, according to court records. They approved his new contract by a 20-to-1 vote.

An email from two of the federation’s largest donors two months later revealed what Minkus had not. The donors said they would be withholding further contributions because allegations by employees were being concealed from the board. Other donors soon followed suit.

Albrycht quit the next day. By the end of June 2021, 11 members of the board had resigned. Several would later register their protest in affidavits accusing Minkus and her allies on the board of deception and mismanagement.

Meanwhile, two of the people who complained to HR about Lennick filed separate lawsuits. Sara Koplik and Jordi Gendra have since been laid off in what their lawyer is calling an act of retaliation.

Koplik and Gendra were responsible for a unique federation program certifying Sephardic heritage for applicants seeking citizenship under Spain’s Law of Return, an effort launched in 2015 to make amends for the persecution suffered by Jews during the Inquisition hundreds of years ago. As a rabbi and native of Barcelona, Gendra is believed to be the first rabbi to have been born in Spain since the time of the Inquisition.

The federation had raised more than $1 million dollars in fees from applicants, with additional fees going to a local synagogue whose rabbi signed the certificates, according to court filings. But at the end of last year, certificate holders learned that the federation had abruptly shut down its Sephardic heritage program.

At stake in the cascading dispute is the future of communal Jewish life in Albuquerque and beyond, according to the lawsuits and interviews with the local community members, one of whom said she was “horrified,” characterizing the situation as an “implosion.”

“Under current leadership, the very existence of the Jewish Federation of New Mexico weighs in the balance,” Renni Zifferblatt, the attorney representing the four board members in revolt, wrote in a Feb. 6 state court filing. Zifferblatt accused Lennick, Minkus and other members of the federation’s executive committee of “intentional and reckless misconduct” that has transformed the federation into an “autocratic entity.”

To back up these claims, Zifferblatt solicited input from Samuel Sokolove, who was the federation’s executive director from 2005 to 2015. Sokolove signed an affidavit for the court describing the “chaos” at the federation. He defended Koplik and Gendra, with whom he had worked, and laid the blame for the strife on the federation’s leadership. He warned that the federation could “fail as an organization” if nothing was done.

Echoing the same concerns, the Rabbinical and Cantorial Association of Albuquerque has called on the current leadership to step down, “given the conspicuous harm caused to the reputation of the federation.”

Meanwhile, Lennick — after having lobbied for a long-term contract and purchased a house locally — announced in a federation meeting on March 23 that he would be leaving in June to pursue an unspecified new career opportunity.

In response to an email seeking comment from Lennick, Minukus and current federation president David Blacher, Blacher wrote that they have been advised by a lawyer not to comment on pending litigation.

Like the other 146 organizations affiliated with the the Jewish Federations of North America, the New Mexico federation raises funds for local Jewish institutions and global Jewish causes. Eric Fingerhut, JFNA’s president and CEO, acknowledged the recent turmoil but downplayed its severity.

“We are supporting the Jewish Federation of New Mexico as it works to mend the rifts in that community and continues supporting Jewish infrastructure, uplifting Jewish life, serving the most vulnerable, and exceeding its fundraising goals,” Fingerhut said in a written statement.

According to a JFNA spokesperson, “There is no indication that the Jewish Federation of New Mexico’s continued operation is in question in any way, shape, or form.”

The fate of the Jewish federation in Albuquerque matters to the dozens of local causes it supports, but the crisis in the Land of Enchantment is also reverberating across the country and the world.

For one, the issue of hostile workplaces is inching to the forefront of attention in the Jewish world, with investigations of rabbis recently launched in at least three Reform synagogues.

Lennick, ordained as a Reform rabbi, started at the New Mexico federation in 2019. He had served in the pulpit of congregations in Arkansas, Pennsylvania, Florida and Connecticut, often for very short stints. Court filings suggest that the plaintiffs’ lawyers are scrutinizing his record in these places.

Around the world, there are some 20,000 people holding certificates of Sephardic heritage from the federation. Some of them have successfully petitioned for Spanish citizenship, but it is estimated that thousands of others are still in the pipeline. With no dedicated staff available to advocate for them and field questions, many certificate-holders are feeling abandoned. What adds to the sting is that the program shut down not long after some critics in Spanish media and genealogists elsewhere insinuated that applicants from New Mexico are faking their Sephardic heritage.

Allegations of fraud were circulating when the Spanish government last year tightened its rules for the program. As a result, after years in which only one person was denied and 34,000 approved, 2021 saw thousands of rejections with thousands more unable to get an answer.

James Ord is one of the thousands of applicants with a federation certificate who are in limbo, and he’s angry.

“The federation discontinued the Sephardic heritage program and they didn’t make any statements to defend its legitimacy,” Ord told the Jewish Telegraphic Agency. “They basically threw us under the bus. The federation has sat by idly and allowed all applicants to have their reputations tainted with crazy allegations of fraud while they refuse to stand up to those allegations.” 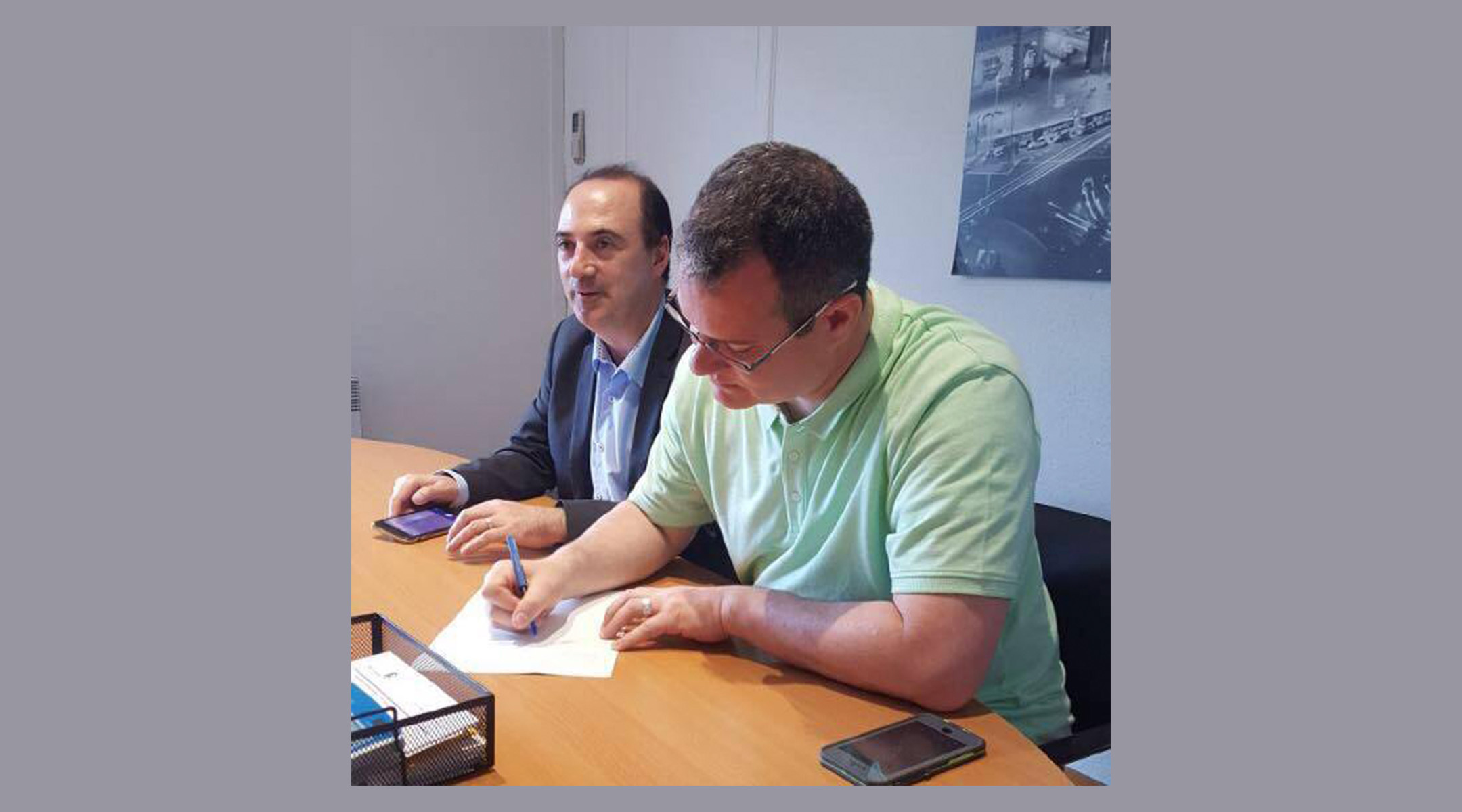 An applicant for citizenship under Spain’s Sephardic restitution law, James Ord traveled to Barcelona in May 2019 to sign paperwork, experiencing what calls “one of the happiest days of my adult life” and “a huge affirmation of years of research and a spiritual journey.” (Courtesy of James Ord via JTA.org)

In the first few years following the passage of Spain’s law of return, few Jewish institutions chose to enter the business of examining genealogical records and producing the kind of certification necessary for applicants to qualify. But the New Mexico federation became active on the issue early on. That’s because of historical circumstances particular to the area it serves.

During the Inquisition, when Spain forced Jews to convert to Christianity or be exiled, many of those who chose to convert continued to practice at least some Jewish rituals in secret. In recent decades, evidence has surfaced that some conversos and crypto-Jews crossed the ocean with the Spanish Empire, eventually settling in what is today New Mexico.

Many members of the oldest Spanish-descended families in the state profess customs that would seem odd in a region historically dominated by Catholicism. Ord, who traces his genealogy back 28 generations to medieval Spain, comes from such a family.

“We would have Easter dinner growing up, and we would leave an empty plate at the table full of herbs that were still on the stem,” Ord said, alluding to a practice that is reminiscent of the Jewish holiday of Passover, which takes place around the same time as Easter. “We didn’t know why we did it. Nobody remembered.”

“In New Mexico,” he added, “the more religious somebody is the less pork they’ll eat.”

A lawyer by profession, Ord says he is a part of a group of several dozen people who are considering suing the federation.

“There was no legal contract that said they would support us through the entire process,” Ord said. “However, they had taken on a duty of care and so legally they owe us something.”

Orge Castellano contributed to this story. 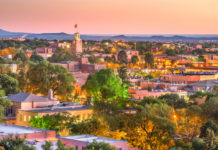