By Jill and Jordan Perlin

Located approximately 85 miles from the equator is one of the most vibrant, diverse and exciting places — Singapore. It is a city, state and country all in one.

Once you arrive at Singapore’s Changi Airport, you may not want to leave the airport: Singaporeans describe it as a destination unto itself. It has a butterfly sanctuary, cactus garden and canopy bridge. Don’t worry, though. You can enjoy these attractions when you return for your outbound flight.

The first time we visited Singapore, a friend described it as “Asia for Beginners.” Almost everyone speaks English. It is, however, a cultural melting pot. People from all over the world have made Singapore their home. Many religions are practiced, including Christianity, Islam, Judaism and Buddhism. There are many temples and churches you can visit, and they are quite beautiful, such as the Buddha Tooth Relic Temple in Chinatown.

Singapore is easy to navigate, and it’s extremely safe. The public transportation system (SMRT) is excellent, and taxis are plentiful. You will not need to rent a car. Once you step outside, you will instantly feel the weather. It rarely changes; it is hazy, hot and humid every day. During monsoon season, it can rain heavily in the afternoon.

Singapore abounds with sites and attractions. Two iconic structures are the Marina Bay Sands Hotel and Raffles Hotel. If you’ve seen the movie “Crazy Rich Asians,” you will instantly recognize MBS. In addition to its guest rooms, it has a casino, restaurants and shops. You can take the elevator to the top floor and take advantage of the beautiful views during the day and at night.

Adjacent to MBS is Gardens by the Bay. If you are a nature lover, you will appreciate the Flower Dome and Cloud Forest, both of which are indoors.

The Merlion is Singapore’s official mascot and symbolizes Singapore’s origin as a fishing village. It is depicted as a mythical creature, with the head of a lion and the body of a fish. It is just across the river from MBS.

The other iconic structure, the Raffles Hotel, is famous for the Singapore Sling drink, which was created in 1915.

If animals are your thing, you can see all kinds of species. There are two zoos — a day zoo and a night zoo (known as the Night Safari). If you have to choose one, we suggest choosing the Night Safari, as seeing animals active at night is a generally rare opportunity. The Jurong Bird Park has more than 5,000 birds from 400 species. Throughout Singapore, you also will notice a great deal of construction. Many Singaporeans joke that the “crane is the national bird.”

Singapore is also known for its flowers. The Botanic Garden is a must-see. It is the country’s first UNESCO heritage site and spans more than 60 acres. A major section of the overall garden is the National Orchid Garden, which boasts the world’s largest orchid display.

For excitement and entertainment, head to Sentosa. It is an island off the southern coast and is accessible by road, cable car, pedestrian boardwalk and monorail. It has more than 50 individual attractions, including beaches, a water park, Universal Studios, an aquarium and indoor skydiving. It also has numerous hotels and restaurants. You can easily spend more than one day here.

To say that the food in Singapore is among the best in the world is an understatement.

Choices range from Michelin-star restaurants to local food courts, known as “hawker centers.” Seafood is everywhere, and it is extremely fresh. Jumbo’s is a favorite restaurant; the Chili Crab is like nothing else. The Lau Pa Sat Market contains over 200 food stalls.
Adjacent to the market is Boon Tat Street. It becomes “Satay Street” at night and offers some of the best satay and barbequed seafood. The Maxwell Food Center is well known for its Hainanese chicken rice, another local favorite.

For a completely different dining experience, visit Tippling Club, where the menu is known as molecular gastronomy. The prix fixe menu has over more than 10 tastings which can be paired with various drinks or cocktails.

Shopping can almost be considered a national pastime. There are many malls; those with higher-end stores are along Orchard Road. Many neighborhoods also have good shopping, including Little India and Chinatown.

People often discover Singapore when they are connecting en route to somewhere else. They appreciate it so much that they return. Whatever the reason for your visit, the sights, sounds and smells will stay with you.

Getting Around:
By air — Singapore is the hub for Singapore Airlines. There have flights from all over the world. Many other airlines also fly to Singapore.

Within Singapore — The public transportation system (SMRT) is excellent, and taxis are plentiful.

Must-Sees and Dos for a Short Trip:
Day Zoo or Night Safari

Gardens by the Bay

Some of the many churches/temples/mosques

This Destination at a Glance:
Over 50 Advantage: It can be
expensive to get to Singapore, as it’s so far from North America. Fortunately, as of this writing, the exchange rate from the U.S. dollar to the Singapore dollar is favorable.

Mobility Level: Generally low to moderate. Some activities require a lot of walking. The heat and humidity can be difficult for individuals with breathing issues to handle.

When To Go: Check out: travel.usnews.com/Singapore/.

Jews have had a presence in Singapore since at least the 19th century and constitute an important minority population in the 21st century.

Singapore’s first Jewish settlers were of Baghdadi origin, mainly from India. They migrated there in 1840, when the Sassoon family established business interests. Prayers were first held in a house in a street still known as “Synagogue Street.”

The mostly Sephardi Jewish community was joined by Ashkenazi immigrants from England, the Netherlands, China, Russia and Germany. It was both prosperous and important despite its small size of about 1,500 before World War II. By 1942, when the Japanese occupied the country, many Jewish settlers were taken to POW camps, where they were allowed to keep a kosher kitchen.

The Maghain Aboth Synagogue opened in 1878 with several Torah scrolls in beaten silver cases brought from Baghdad. It is the oldest synagogue in Southeast Asia. Chased-El Synagogue was built in 1904 by Sir Manasseh Meyer, one of the wealthiest Jews in the Far East. He also endowed a Talmud Torah.

The United Hebrew Congregation was formed in 1993. It is Singapore’s only Reform Jewish community. In 2016, it boasted a membership of more than 400 Jews and their families, served by its resident Rabbi Nathan Alfred. It does not have a synagogue building.

The Sir Manasseh Meyer International School is Singapore’s Jewish international school for students aged 18 months to 16 years. Admitting students of all nationalities and faiths, students choose to follow Jewish education in Hebrew or world religions in English. Founded in 1996, it built a new campus in 2016.

Jews have been important in the business and political sectors and support a Jewish Welfare Board and two synagogues. The country has maintained diplomatic relations with Israel since 1969.

Today, Singapore serves as a financial hub in Asia, as well as an Asian Jewish center.

Jeff Orenstein is a travel writer. 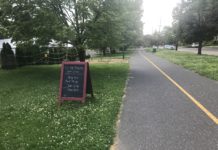 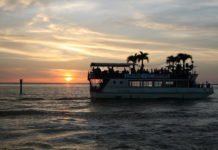 Turn Your Vacation into a Search for Paradise 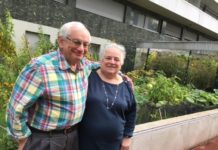