With war raging in Eastern Europe, you could be forgiven for missing the news last week that President Joe Biden nominated U.S. Court of Appeals Judge Ketanji Brown Jackson to the U.S. Supreme Court. The nomination is consequential — not because Jackson would be the first Black woman to sit on the court, but because the nomination presents an opportunity for Senate Republicans to rise above partisan politics and join in approving a worthy candidate on her merits.

The Jackson nomination comes at a significant inflection point in the Biden presidency, as it will be considered and debated during the runup buildup to this year’s midterm elections. Most agree that Democrats face significant challenges in the coming round of voting. But if Republicans are seen as obstructionist or unreasonable in their treatment of the Jackson nomination, they could pay a price at the polls. Besides, even if her nomination is confirmed Jackson is not likely to change the current ideological balance of the Supreme Court — which is also likely the case for any other Biden nominee.

Republicans should embrace the Jackson nomination because she is qualified for the job.

Jackson also brings a different blend of work experiences to her potential new position, as she will be the first justice to have served as a federal public defender. In her two years in the appellate office of the DC Public Defender Service Jackson obtained a different perspective of the federal criminal justice system — something that has served her well in her eight years as a U.S. District Court judge, and in her current position on the prestigious U.S. Court of Appeals for the D.C. Circuit.

The upcoming hearings on Jackson’s nomination will be her fourth appearance before a Senate confirmation panel. Democrats are hoping for bipartisan support for her nomination this time, just like there was in her three previous appearances. While we join in that hope and believe such a move to be in Republican interests, we are not optimistic. We want to be wrong. But last week’s reflexive Republican efforts to link Jackson to the “radical left” and to tarnish her record by calling her “the favored choice of far-left dark-money groups,” make us doubtful.

Whether any Republican senators will vote to confirm Jackson remains to be seen. We hope some do. But above all else, we encourage consideration of Jackson’s qualifications on their impressive merit — irrespective of other considerations. Ketanji Brown Jackson is a gifted lawyer and respected jurist. She has the background and experience to serve on the U.S.Supreme Court and deserves to be confirmed. 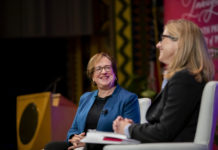 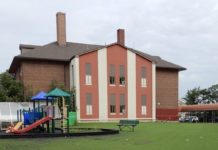