Word that a Los Angeles playhouse is turning a South Jersey tragedy — Rabbi Fred Neulander having his wife Carol Neulander killed — into a musical called “A Wicked Soul in Cherry Hill” has left former members of the rabbi’s community, M’kor Shalom in Cherry Hill, aghast.

In 1994, Neulander, who was having an affair with another woman, paid two hitmen to murder his wife. He left the Reform synagogue in 1995 and was convicted in 2002. He is incarcerated in the New Jersey State Prison, serving a sentence of 30 years to life.

Matt Schatz, the playwright and composer behind the musical, lived in Cherry Hill during his senior year of high school in the late 1990s, as well as after college and after graduate school. His parents still live in the township, he said.

But while Schatz is Jewish and had a bar mitzvah at another South Jersey synagogue, he was never a member of M’kor Shalom. He said he decided to write the musical because, upon moving to Cherry Hill with his parents as a high schooler, he lived in “the very apartment unit where the two hired hitmen in this case lived at the time of the murder.”

“This has haunted me for years,” Schatz added.

But his new musical, premiering in June at the Geffen Playhouse, is ensuring that this tragedy continues to haunt the community that it rocked so many years ago, according to former M’kor Shalom congregants.

“It was just a horrible experience for everybody,” added Martin Mellman, a Cherry Hill resident and M’kor Shalom member from 1990 to 2005.

“To profit from such a tragedy is sickening,” said Jim Kennedy of Cherry Hill, whose family called the synagogue home for 45 years.

Gordon, Mellman and Kennedy are no longer members of the Reform congregation. So they are less concerned with their feelings than with the memory of Carol Neulander, who Mellman described as “a very sweet lady” who “never hurt anybody.”

The congregants expressed outrage that the Neulanders’ three children, two of whom testified against their father, had to relive the experience.

“To make this into entertainment is an insult to her memory, to their family, to the congregation,” Mellman added.

“How could someone who knew the family, or knew of the family, lived in the community, possibly do something like this?” asked Gordon of Schatz.

M’kor Shalom President Drew Molotsky echoed the former congregants. Through a public relations representative, he sent a statement on behalf of the institution.

“This musical is about our history. It involves our friends and our community, and it is very serious to us,” he said. “To make light of it or to exploit it for entertainment value is not something we will ever condone.”

According to Schatz, however, the blowback is, at least in part, a result of the playhouse’s original description of the show as containing “both chutzpah and humor.” “A Wicked Soul in Cherry Hill” is not comedic or lighthearted, Schatz said; and it is, he argued, both serious and respectful of the tragedy and its consequences.

The playwright/composer, who lives in LA and has a long list of musicals to his name produced around the country, said that he’s using art for one of its intended purposes: to answer unanswerable questions. He added that, “It’s a very Jewish thing to believe that the questions are more important than the answers.”

But sometimes, according to Deborah Baer Mozes, founding artistic director of Theatre Ariel on the Main Line, real-world concerns outweigh the goal of artistic honesty.

Baer Mozes considers two factors when choosing a play for her salon theater: the subject matter and how it’s treated.

“There are certain subject matters I would have trouble directing,” she said. “Like plays about abuse.”

The director said she would not produce “A Wicked Soul in Cherry Hill.” But she acknowledged that, as a member of the Philadelphia Jewish community who met Neulander, she couldn’t separate her personal connection from her artistic consideration.

When she can, though, and when she decides to take on a loaded subject matter, Baer Mozes tries her best to handle it with care.

“It would have to be written in a way that wasn’t sensationalizing the case but was really grappling with the moral issues in a way that had moral integrity,” Baer Mozes said. 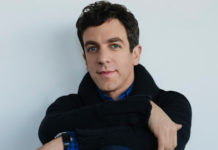 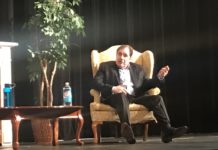