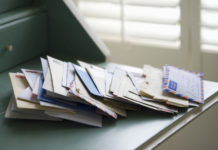 Thanks to the Exponent
I would like to express my appreciation for the coverage by the Jewish Exponent of developments within the community.

The selection of Michael Balaban and Jeffrey Lasday to positions of high responsibility in the Jewish community bodes well for the future of our communal life. Both bring considerable professional skill and experience, together with deep Jewish commitments to their service.

It is also heartening to see the serious attention paid by the Exponent to transitional moments in professional Jewish leadership. The death of Hazzan Joseph Levine was marked in a way that does justice to a life of scholarship and clinical excellence.

On a happier note, the articles about the appointment of Zev Eleff as president of Gratz College, the retirements of two distinguished educators, Sharon Levin and Judy Groner, and the engagement of their successors, Rabbi Marshall Lesack and Mitchell Daar, pay appropriate tribute to dedicated communal servants.

As an educative media organ, the Exponent mirrors the respect deserved by those who labor to enhance the quality of Jewish life.

‘Maus’ Controversial in Past, Too
I believe that I was fired from teaching a course on the Holocaust to seventh graders because I wanted to use Art Spiegelman’s “Maus” (“The Meaning of the ‘Maus’ Removal,” Feb. 3) instead of an “X-Men” comic book used in the past.

More on Henry Ford
At 91, and having worked and contributed to Jewish Federation and all Philadelphia Jewish charities for 65 years, I am appalled and dismayed and disheartened about your Exponent article about two of the greatest antisemites in American history (“Edison-Ford Winter Gardens,” Jan. 27).

Despite their wonderful business and inventive genius, they were two evil men. In their beautiful garden and cottage, they probably were talking about the Jewish bankers and publishers “taking over the world.”

Why would you glamorize them and invite Jewish tourists to visit?

In their time, there was probably not one Jew in a Fortune 400 corporation. l