The partnership, which began in November, gives Jewish Federation partners, such as synagogues, religious schools and organizations, access to OpenDor’s Unpacked division, a digital media “edutainment” brand creating podcasts and videos on the topics of Israel and Jewish identity and heritage.

“Our partnership with OpenDor Media will allow us to access the tools we all need, old or young, to greater articulate the importance of Jewish values in our lives and to feel confident as we talk about our support of Israel, when doing so may seem challenging, or even, sadly, unsafe,” JCRC Chair Danielle Weiss said in a news release.

OpenDor Media has had a partnership with Jack M. Barrack Hebrew Academy and Lower Merion Area Hebrew High School at Har Zion Temple for three years, which has allowed the schools access to OpenDor’s content for $600. With JCRC’s new partnership, the schools will have access to the same content for $150, JCRC Director Jason Holtzman said.

The partnership also will allow JCRC to have a close working relationship and seek guidance on programming and education from OpenDor.

“We’re able to turn to them for advice or guidance on Israel and Israel advocacy and education whenever we need, which is really great for us,” Holtzman said.

The Unpacked division of OpenDor Media includes a YouTube channel with more than 100,000 subscribers and 9 million video views, according to their website. The Unpacked podcast has more than 25,000 views. Video topics include “Jews and the Civil Rights Movement,” “Does the United States fund Israel? U.S. Foreign Aid Explained” and “Why Does Amnesty International Think Israel is an Apartheid State?”

“Their videos are really easy to access; they’re very easy to start a conversation,” Holtzman said. “The more resources that we can provide that are digital, especially to engage a younger audience, the better.”

The goal of Unpacked, and OpenDor more broadly, is for younger audiences to gain fundamental understandings of the Jewish topics of the day — especially Zionism — on an accessible platform. Sixty percent of viewers are younger than 34 years old.

“We looked at these different YouTube channels like Origin of Everything and Crash Course and School of Life,” OpenDor Executive Vice President Noam Weissman said. “And we said, ‘Hey, let’s do that for Israel and Judaism.’”

OpenDor was founded in 2009 by Raphael Shore, a rabbi and film producer, as a home for his filmmaking project. As the company evolved, so did its mission. It became less of an organization committed to advocacy work and more of an education tool changing the approach to Jewish education in the name of Israel advocacy.

Weissman believes the “butts in seats” model of education — having students show up to a classroom — is no longer realistic in a world where many children have smartphones. Holtzman recalled a Jewish education that included reading book after book, which is no longer a way to “meet people where they are at.”

“The way we have to be thinking about this in the Jewish world, is we need a revolution, and the revolution is everyone lives on digital — That’s reality,” Weissman said.

With so much knowledge at students’ fingertips, “there is no reason that any Jewish person should be ignorant at this point,” he added. 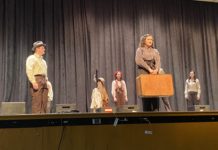 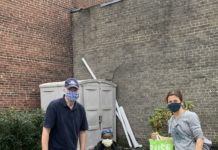