Like most Israelis, Yonatan Winetraub loves hummus, and its protein-packed main ingredient: the chickpea.

But unlike most, Winetraub also has the ability to send chickpeas into space.

Winetraub, 35, is one of the three founders of SpaceIL, an Israeli nonprofit best known for attempting to land a spaceship on the moon — the Beresheet vessel, named after the Hebrew word for the first book of the Bible, crash-landed on the moon’s surface on April 11, 2019.

Undaunted, Winetraub is teaming up with NASA for a more specialized mission.

Until recently, astronauts have mainly eaten packaged, dehydrated food. As it plans missions to go deeper into space, NASA has been exploring fresh food production that requires minimal resources and results in minimal waste.

While the U.S. governmental organization has succeeded in growing lettuce, cabbage, and kale in space, under a program named “Veggie,” it has never tried to grow chickpeas. Winetraub floated adding chickpeas to the program for several reasons: They are a superfood, packed with iron, phosphorus and folic acid, in addition to protein. They are easy to grow, and they mature quickly.

On Feb. 19, Winetraub and a team of scientists and engineers from Israel and Stanford University will send up a sealed miniature greenhouse on a NASA cargo shuttle. After a day of travel, the shuttle will reach the International Space Station (ISS), located 300 miles above the Earth. The greenhouse, the size of a quart container of milk, will be delivered to the American side of the ISS.

Inside the white metal box will be 28 chickpea seeds from Israel that Winetraub and his team will attempt to germinate and grow — remotely, using special software — in an environment free of gravity and natural light. The plants in the greenhouse will be grown for one month and then will be refrigerated until they are brought down to Earth in June.

To inspire the next generation of space enthusiasts, Winetraub has enlisted a cohort of young scientists on earth to help him with his experiment. Middle and high school students in 1,000 classrooms across Israel will grow chickpeas in boxes they have constructed. This key control group will compare the processes of growing chickpeas with gravity versus those grown in space without it.

Some of the high school students from the Yeruham Science Center in southern Israel have an extra important and complex assignment: remotely managing the plants’ growth in space with wavelengths of light, one of the tools in an emerging field of science called synthetic biology.

“You can’t let plants grow wild because they could run out of water or oxygen,” said Winetraub.

His team is also curious to see how the roots will grow. On earth, thanks to gravity, plant roots know to grow down. In space, where there is little or no gravity, will the roots grow down or up? Will they grow in circles? And of obvious importance: once grown, how will the chickpeas taste?

Several international companies have played roles in the experiment. In addition to helping to fund the project, Strauss Group Ltd., the Israeli food and beverage company known for co-owning the popular Sabra hummus brand, selected the specific strain of chickpeas, known as Zehavit, being used in the greenhouse. They selected the strain because it is a relatively small seed that grows quickly and survives in a range of temperatures. 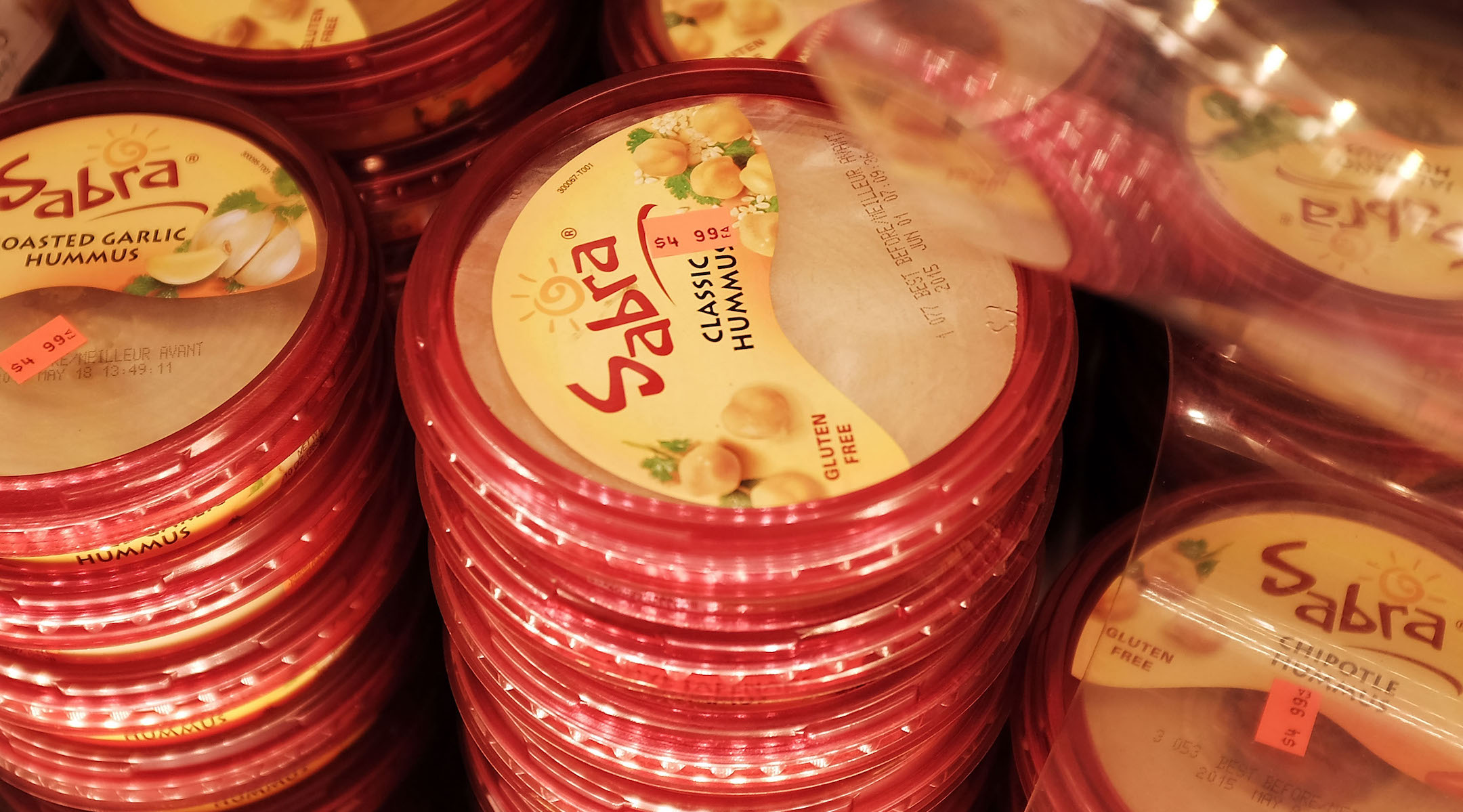 Strauss Group Ltd., the Israeli food and beverage company known for its Sabra hummus brand, selected a specific strain of chickpeas to be used in the experiment. (Spencer Platt/Getty Images via JTA.org)

Since the seeds are not growing in soil either on earth or on the space station, Winetraub and his team asked the Haifa Group, a company that produces plant-specific fertilizers, to create a nutrient-filled gel in which the chickpea roots will grow.

In that gel, Winetraub’s team installed a miniature camera to watch the roots of the seeds and see what direction they take. The lessons learned could have an earthly impact, too — as our climate continues to change, farmers will need to find ways to grow more with less and with greater efficiency, he said.

“The challenge,” said Winetraub, “is not just how to grow as many chickpeas as possible, but how to control the way they are grown — so that we maximize our limited resources. The more we learn to grow food with fewer resources, the more prepared we will be for the challenges that await us on earth as well.”

For inspiration while planning the experiment, Winetraub reached out to Ariel Rosenthal and Orly Peli-Bronshtein, two of the authors of the 2019 book, “On The Hummus Route: A Journey Between Cities, People and Dreams,” because they see the chickpea, a food eaten by young and old and beloved across nations, as a metaphor for peace. (The treatise on the food whose origins are often debated was acclaimed by many — but even though it was a collaboration between Israelis, Palestinians, Lebanese, Syrians and Egyptians, it sparked the usual controversy over cultural appropriation. One Palestinian chef who contributed said it “normalizes the occupation.”)

“Hummus,” said Rosenthal, “is a perfect food. It will make the moon a better place. Imagine,” he continued, “ if Eve [in the garden of Eden] had eaten a chickpea instead of an apple.”

In addition to the 28 chickpea seeds, the team has installed a microchip inside the small greenhouse with a microchip filled with personal artifacts representing the people who worked on the project. Winetraub included family photos and photos of hummus. He also added Rosenthal’s recipe for the hummus he makes and sells at his Tel Aviv restaurant Hakosem.

If all goes according to plan, could astronauts feasibly make hummus in space with their germinated chickpeas? Winetraub is hopeful the answer is yes. 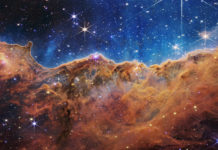 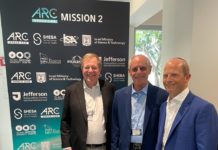 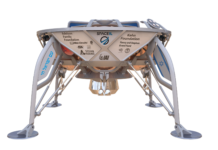