Aaron Mostofsky, the Jewish judge’s son who wore fur pelts and a bulletproof vest when he entered the U.S. Capitol on Jan. 6, 2021, pleaded guilty in a federal court Wednesday to civil disorder, theft of government property and entering and remaining in a restricted building, NBC News reported.

Prosecutors dropped the most serious charge of interfering in an official proceeding. The civil disorder charge is a felony and has a maximum sentence of five years, although many of the 200 or so people convicted so far in the Jan. 6 insurrection have received minimal sentences. Mostofsky will be sentenced in May.

Mostofsky is the son of Steven (Shlomo) Mostofsky, a Kings County (Brooklyn) Supreme Court Judge and former president of the National Council of Young Israel, an Orthodox synagogue association. NCYI has been outspokenly pro-Trump in the past.

Mostofsky’s brother, Nachman, who serves as executive director of Chovevei Zion, a politically conservative Orthodox Jewish advocacy organization, also attended the protests but he has said he left before the mob entered the Capitol. 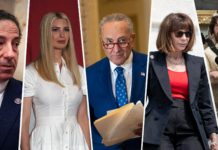 Jews Were on Both Sides of Jan. 6. Where Are They a Year Later? 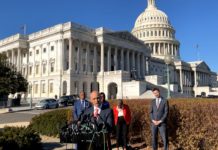