A full-page advertisement in The New York Times on Saturday paid for by the Elie Wiesel Foundation for Humanity urged athletes and corporate sponsors to “walk away” from the Olympic Games, set to begin next month in Beijing, to protest China’s persecution of the Uighurs.

“We urge the athletes and the sponsoring corporations to walk away from these games unless Beijing takes steps to reunite Uyghur families. And we urge the world’s citizens to embrace the cause of this persecuted population,” the ad stated.

Elie Wiesel, a Holocaust survivor who was awarded the Nobel Peace Prize in 1986 for his work speaking out about the lessons of the Holocaust and bringing attention to other genocides, died in 2016.

“The @UN must urgently invoke the Genocide Convention’s legal and moral obligation to act on Xinjiang. We pray they will.”

Activists have urged a boycott of the Winter Olympics in Beijing over China’s treatment of the Uighurs, a Muslim group in the northwest part of China whose members have faced forced internment in “reeducation camps” by the Chinese government.

China’s government has said the move is meant to combat terrorism but numerous reports say the captive Uighurs are pressured to abandon their culture and have been forced into labor, and that women have been sterilized.

Both the Trump and Biden administrations have designated the persecution of the Uighurs a genocide. United States officials plan to boycott the Beijing Olympics in protest of the Chinese persecution of the Uighurs, though U.S. athletes will still participate in the games. Israeli officials are not expected to follow the Americans’ lead and are expected to attend the games.

Elisha Wiesel spoke about the situation of the Uighurs at ceremony to mark International Holocaust Remembrance Day held by the United Nations on Thursday.

“China, which sits on the Human Rights Council, inflicts mass internment, forced labor and forced sterilization on the Uighur people. As the world turns a blind eye to the forced separations and cultural eradication of Uighur families, other oppressors — Myanmar, ISIS and the Taliban — breathe easier as they oppress the Rohingya, the Yazidi, and women,” Wiesel said. “I have met with Uighur dissidents and I believe their testimony. While we pretend nothing is wrong we must instead provide refuge for the Uighur people and stand vigil for the disappeared.” 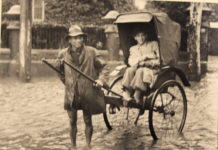 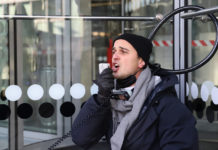 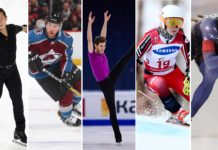 All the Jewish Athletes to Watch at the 2022 Beijing Olympics