Student government leaders at New York University’s Steinhardt School of Culture, Education, and Human Development are calling for the school to remove Michael Steinhardt’s name after it was revealed that the philanthropist had acquired, owned and sold more than 1,000 looted items over the past 30 years.

“We, as leaders of our school’s student government, unequivocally denounce the actions of Michael Steinhardt,” they wrote in a statement shared to Instagram.

“Having someone be the namesake of our school that has committed actions polar opposite of what we teach on those very same topics to students, I think it would really be a disgrace,” Anthony Cruz, president of the school’s undergraduate student government told the Washington Square News, NYU’s student newspaper.

Earlier this week, the philanthropist, who is a major donor to NYU as well as a number of Jewish organizations, forfeited 180 stolen antiquities worth $70 million in a deal with Manhattan District Attorney Cyrus Vance to avoid criminal charges.

On Thursday, NYU’s board of trustees said it would conduct an investigation into Steinhardt’s conduct, the Washington Square News reported.

This was not the first time students at NYU have called for Steinhardt’s name to be removed from the school, which was named in honor of his $10 million gift to the school in 2001. In 2019, students at the school called for his name to be removed after Steinhardt was accused of propositioning and making sexually inappropriate remarks to several women with whom he interacted as part of their work in Jewish philanthropy or the arts.

At the time, Steinhardt denied the accusations and has not apologized, but acknowledged a pattern of comments “that were boorish, disrespectful, and just plain dumb.” 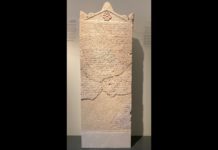 Michael Steinhardt’s Looted Antiquities Are Being Returned to Israel, But Some Are Missing 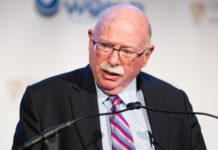