In a 2016 Jewish Exponent article, Gardner explained why he changed his name.

“I was really uncomfortable with the name change,” he said. “Basically, I’d been trying to get a job on TV for a long time with no success. I had this opportunity and was asked to do that — and said ‘yes.’ But my family are Goldmans, and when I sign checks, I’m definitely Goldman. And when I go to back-to-school night with my Goldman child, I’m a Goldman parent.”

Gardner also discussed his Jewish heritage in the Exponent interview.

“I have strong feelings of my Jewish identity,” he said. “I’ve been to Israel three times, once as a tourist and twice working for the station. In 1993, when Arafat and Rabin were at the White House shaking hands, I felt we needed to be in Israel getting that story from the Palestinians. It was an utterly fascinating trip — probably the last time the moderate community of Palestinians had their moment in the sun …

“I don’t wear a tallit on the air, but I’ve gone through four Bar and Bat Mitzvahs as a parent. I remember my Bar Mitzvah. The cantor who taught us, people were scared to death of him, but for some reason I liked him and he liked me. He said, ‘One day Jimmy Goldman, the cantillations will click.’”

Gardner received his bachelor’s degree from Columbia University in 1970, then worked briefly at the all-news WINS Radio in New York and later WFAS Radio in White Plains, New York. His television broadcast career began at WKBW-TV in Buffalo before he joined WPVI.

ALYN Hospital is a pediatric rehabilitation center, while PIM provides specialized services and education that connects 10 Philadelphia-area medical centers internationally.
The initiative is PIM’s first collaboration with an Israeli hospital. Within PIM’s network, the partnership will initially focus on Nemours Children’s Hospital.

“Medical education, research and innovation are ongoing activities at ALYN, and enhancing knowledge is always to our patients’ benefit,” said Dr. Maurit Beeri, director general of ALYN Hospital. “By partnering with PIM, we can build a valuable health gateway together.”

Through knowledge-sharing, the Initiative will advance education, assist in the sharing and developing of new techniques and technologies for treating pediatric patients and improve patient care worldwide.

“Connecting Israel with Philadelphia opens many doors for both organizations to collaborate to improve the future of medicine,” said Edgar Vesga, CEO and president of PIM.

Makom Community to Open a Second Location
Jewish childhood enrichment center Makom Community will open its new second location to families on Nov. 29. The new center is at 1317 S. Juniper St. in Philadelphia.

“Given the really warm response we had to Makom Community coming to South Philly, we wanted to really put our roots down and say, ‘we’re staying here. We believe in this community. We believe in building with these families. We plan to be here for the long term,’” Founding Director Beverly Socher-Lerner said.

The new 3,000-square-foot space can accommodate up to 65 children and will hold the same summer camp and five-day-a-week after-school programming as its Center City counterpart at 2013 Sansom St. More than 15 students are enrolled at the South Philly Makom, and Makom recently hired two new educators to address growing interest in the center.

Makom Community provides after-school programs, b’nai mitzvah training and summer camps to children from pre-kindergarten through seventh grade through a pedagogy that emphasizes the application of Jewish texts to how children move through their lives and interact with others. 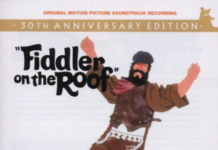 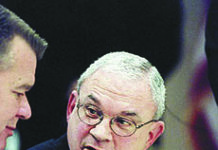