Babette Josephs, a stalwart progressive and a representative of the 182nd Pennsylvania House District from 1985-2012, died Aug. 27 of cancer in Eugene, Oregon. She was 81.

Josephs was a longtime fighter for reproductive rights, LGBT rights, racial equality and environmental sustainability, serving 14 consecutive terms, making her the longest-serving woman in the state House of Representatives. She was one of only a handful of Democratic Socialists of America members to be elected to state government.

“I describe her as an indefatigable advocate for progressive values and issues in the legislature,” said Rep. Dan Frankel of Pennsylvania’s 23rd District.

Josephs and Frankel became colleagues and friends in 1990. Frankel was the chair of the Pennsylvania Jewish Coalition, and Josephs was nominated for and won PJC’s Legislator of the Year Award that year.

They both represented districts with sizable Jewish populations and progressive constituencies, and Frankel, who was elected in 1999, looked to her for advice.

They would swim laps at the East Shore YMCA in Harrisburg, joined sometimes by Speaker of the House Mike Turzai, which Frankel said was “an unusual exhibition of bipartisanship, at least recreationally.”

This was emblematic of who Josephs was: charming and with a good sense of humor, Frankel said. She also was fierce and determined.

“There was an intensity to her,” Frankel said. “She really didn’t take any flak from people.”

As a representative, Josephs was a bastion for liberal causes. She was an early supporter of the Fairness Act, which provided civil rights protections against employment and housing discriminations on the basis of age, race, religion, ethnicity and gender. Joseph’s committee heard the bill and kicked it out of committee in 2007, the only time at that point that the bill ever got out of committee, according to Frankel.

A fighter for civil liberties, Josephs cast the only vote against legislation requiring all schoolchildren in the state to recite the Pledge of Allegiance daily.

“Babette’s fire was stoked over decades of doing the right thing. She was among the early champions of people living with HIV,” said Ronda Goldfein, executive director of the AIDS Law Project of Pennsylvania, in an ACLU PA tribute to Josephs. “She introduced an HIV confidentiality bill that prevented health care and social service providers from disclosing that patients and clients were living with HIV.”

She was scrutinized in 2013 after accusing fellow Jewish Labor Committee member Gregg Kravitz of falsely claiming an LGBT identity to win over gay voters in the Pennsylvania House primary, the Jewish Exponent reported. Kravitz responded by denying her claim, saying sexual orientation was not relevant to his election.

After retiring, Josephs continued to pursue her progressive passions. She served on the board of the Jewish Social Policy Action Network and founded and served as executive director of the state chapter of the National Abortion Rights Action League. Josephs also co-created the Clara Bell Duvall Reproductive Freedom Project, which merged with the ACLU PA.

Josephs was born in Manhattan and raised in Queens, where she received her bachelor’s degree from Queens College in 1962. She earned her law degree from Rutgers-Camden School of Law in 1976. She married her husband, Herbert Newberg, in Queens in 1962, and they were married for 30 years before his 1992 death.

Prior to serving in public office, Josephs was a teacher and lawyer and founded and directed environmentalist, education and abortion advocacy groups.

Josephs moved to Eugene in 2019 to be closer to her daughter Eliza Master. Aside from her daughter, she is survived by her son Lee Newberg, six grandchildren and brother Williams Josephs. 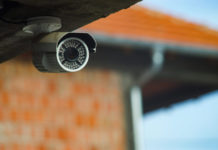 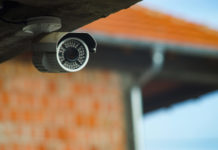